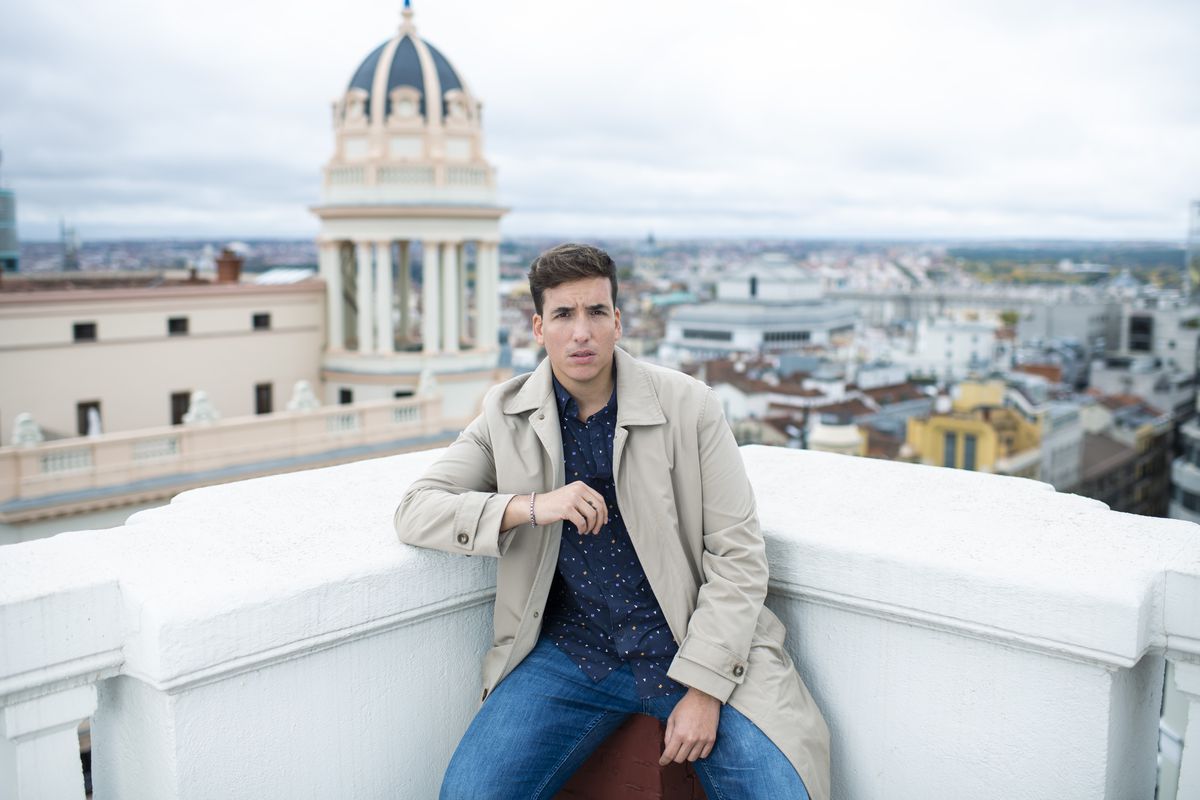 A video on social networks cleaning the toilet becomes a book of tips cleaning. It seems strange, but when three million people want to learn how to leave one of the most visited rooms in any home spotless, it can make sense. This is what happened to the singer Xuso Jones (Murcia, 32 years old) when in the middle of the pandemic he published on his instagram profile, where he accumulates more than 920,000 followers, some cleaning tips without any claim beyond sharing with his people that cleaning the house can be something “fun and relaxing”. He tells it two years later, just when he publishes Jaspao method. Tricks and advice to have your house like the jets of gold (Encourages Editorial), a compilation of precisely those tricks so that the house always seems to come out of an exhibition catalogue.

“Since I was a child, I have been obsessed with cleanliness and order and I dedicated my time to making sure my room was always perfect,” recalls the artist without hiding that “TOC [Trastorno Obsesivo Compulsivo] undiagnosed”, as he describes it, but that still lives inside him. “When guests come to the house, if they leave their footprints when they enter, I have to clean them immediately. My head won’t leave me alone until I clean a stain or tidy up something that’s out of place, ”he explains with a laugh, but convinced that it’s something he can’t and doesn’t want to change.

Although it has been now that he has given form and profitability to that obsession of his, it was during the months of confinement that he discovered that he was not the only lover of cleanliness and order. “I began to share my routine, how I cleaned the house, and I discovered that there was a community on social networks that loved cleaning,” he explained to EL PAÍS from his representative agency in the heart of Madrid’s Gran Vía.

For a few days he has changed the tranquility of the Mar Menor in Murcia, where he lives, for the bustle of the capital to promote this new and unique project. The musician, who has two albums and was the opening act for Justin Bieber and Selena Gomez, has exchanged the microphone for perfumes for bedding, soaps, hand creams and other products for the home. “People follow me a lot more because of my tips cleaning than for my music. But a 200% difference. And I love it”, admits who now defines himself more as a communicator than as a singer: “I am very practical. If I see that something I like and it works for me, I go that way, ”he says. For now, it seems correct. Between TikTok and Instagram, his main work tools, accumulates almost two million followers. On these platforms, she shares her daily routine —cleaning the house, cooking, shopping at the market— and reformulates viral videos, always from a humorous point of view. This has led him to become part of the magazine list Forbes of Best influencers of 2022 and one of his most recent publications, in which he recorded himself when he was locked in an establishment while shopping, is nominated for Best TikTok Video of the Year.

He admits that he earns much more money as a content creator than with music and, although he has not left that facet aside – next January he will release a new single—, considers that it is a profession “a little mistreated”. “Music, as I knew it, has changed a lot. Now everything is immediacy, there is a culture of publishing songs and producing almost every week. The market is going very fast and records are no longer enjoyed as before, ”she reflects. That constant career was what made him rethink his profession and try his luck as a communicator through social networks, his platform to reach the whole world: “I have found another business model that is working very well for me, I have to be practical. And it is very profitable. Much more than music, at least in my case. As a musician you have to convince a lot of people to invest in you. Not with this, people follow you for free and it is the brand that trusts you. You have your audience, mine more humble than other people’s, but so far I’ve done very well.

The book of cleaning tricks that is published this November 30 will soon be followed by a video program on social networks where Jones himself goes to the homes of his followers to help them clean and order. In addition, the artist is also succeeding as a presenter of the podcast Little is spokenwhere together with the content creator Ana Brito —@elshowdebriten on social media— Every week they receive a famous guest to chat from the naturalness and humor of different everyday topics.

That spontaneity is precisely one of the keys to the success of Xuso Jones, but also his perseverance and his work. “I’ve had more failures than successes, but that hasn’t made me throw in the towel, on the contrary, if this doesn’t work for me, I’ll go the other way until something works,” says someone who considers himself “truly privileged” to be able to live from what what do you like. “Now they are tips cleaning, in a while something else will come”, he insists while he cannot avoid explaining how to clean a carpet or the kitchen hood extractor quickly and easily.

He confesses that in the networks he has seen and read questions of all kinds regarding the lack of cleanliness of the users, but he learns from everything. “There are people who have never cleaned the toilet in their house or who have not changed their bed sheets in four months, but I have learned not to judge people for lack of cleanliness because each one has their circumstances,” he says sincerely. . He admits that he can’t go to bed without clearing up the dinner dishes, and reveals that although his house is always “tidy and spotless”, his weak spot is his laundry closet, which he says is disorganized. “Once a month I have to put it in order because as I’m always in a hurry I leave my shirts with the cuffs folded”, he confesses, half blushing. Of course, always hanging on a hanger. that he trembles Marie Kondo methodthat Xuso Jones has arrived with his jaspao method.