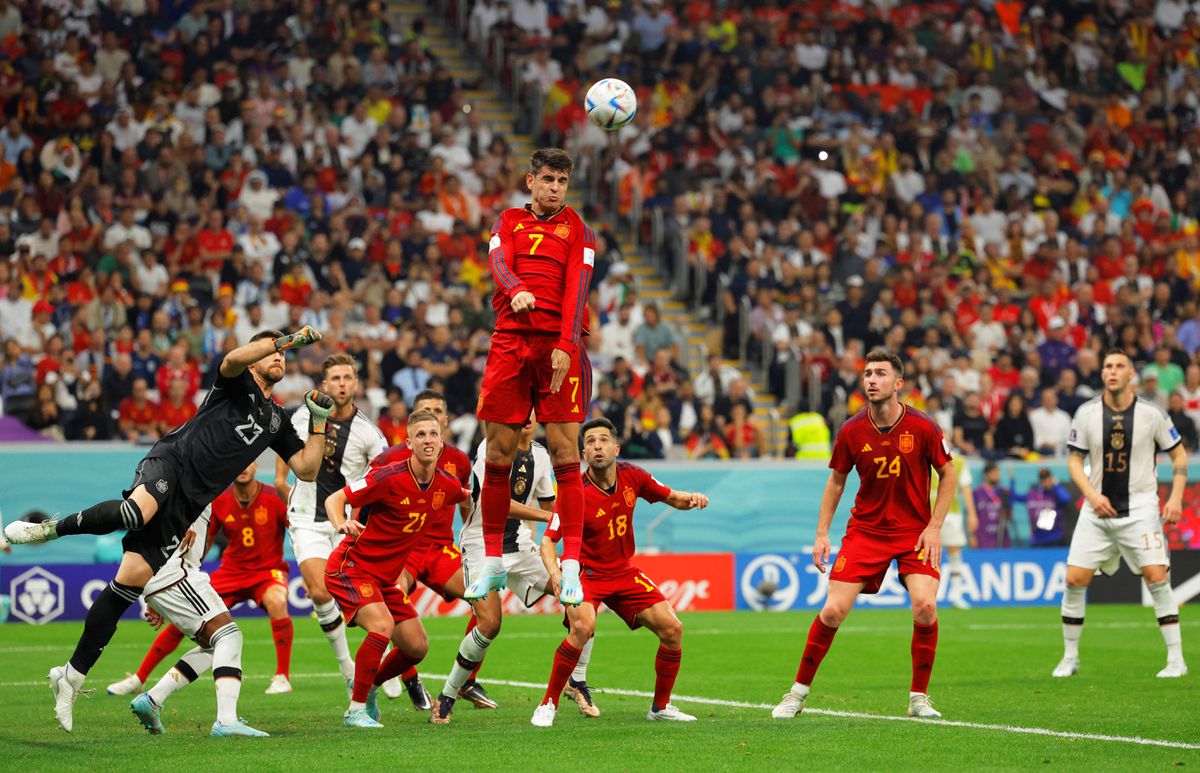 Months after the pandemic broke out, and half the world locked themselves in their homes like hamsters, Ikay Gündogan said that those weeks “definitely” taught him to appreciate what he has: family and friends, “the people closest to my heart”. He forgot to mention Sergio Busquets, a lanky and veteran Catalan, an indisputable figure in Gündogan’s post-pandemic heart, for which the German sacrificed the most important thing he has: his offensive sense, his arrival in the area. He gives an account of the importance in the World Cup of players at the end of his career, of suspicious physique, of sad seasons in their clubs, which seem not to matter until someone notices his number and his name; players like Busquets who go out onto the field slowly and limping with World Cups, Euro Cups and Champions Leagues in their pockets, and guess, for their opponents to listen to, old battles from when he played with Xavi, Iniesta and Messi.

These players, positioned in the center of the field like chess pawns that can move one step horizontally and diagonally, and one step forward and one back, are worth standing up to many others while moving: they do it because the younger players admire them and the coaches fear them. They are guys who have come and gone, who know how much the most important trophies in the world weigh, who have played extra time in a Cup final and have won it. Those people, already in their decline, are capable of keeping an eye on Gündogan, at a much better peak of form and game, a more wholesome and dangerous player, an entire game: nullify him with his mere presence on the field, like a devotee is paralyzed before a relic But a relic that he plays.

Busquets has the courage to know how to play not only forwards, but also backwards, which sometimes means playing forwards twice; It is the Cruyff school, triangles in which the base, in this case Busquets, pivots on defenses and midfielders until a crack of light opens up. It was seen like never before in the 61st minute, when Busquets acted as minute hand in midfield, while Gundogan, puzzled, went towards him and towards whom Busquets was sending the ball to. Until, with the German snorting behind him again, the Catalan sent it to Alba’s uncheck. Dani Olmo caught it along the way in that childish moment in which you stop a ball (because you’re a footballer and if a ball passes by you can’t help but keep it); He realized that he had to send it back to the original destination, since the 18 shirt was still in the race, and his gesture had something of retention of a prey: a movement so that the tide is stronger. Alba, already with the ball in sprint, saw Álvaro Morata get ahead of the opponent, which is exactly what Alba knows how to do best, put her in the place on the field where the forward will be: see an empty space and send her there knowing that tomorrow someone will arrive, like us in life when we make decisions in the dark that affect the people we love the most, the ones that never fail, the ones that always show up in the end.

Morata’s goal, a total point goal in a team that, like Germany, came out without center forwards, vindicated something old and warm, the strong 9 that everyone anticipates as a panzer and pierces the goal without saying a word too many, without a soliloquy, without a half-light conversation that frightens the rival as on a Halloween night; one curse word and that’s it. Morata raised the usual football flag, the one that Germany raised before and that Spain today, after first disguising itself as Spain without result, raised when it wanted and caused the duel, until then a duel of false positions, to become a match in the one who was not worth as much the penultimate pass as the last, nor the penultimate shot as the last. But the penultimate goal was worth more than the last. Because many times what you do the day before matters more, that’s why Spain won 1-1.