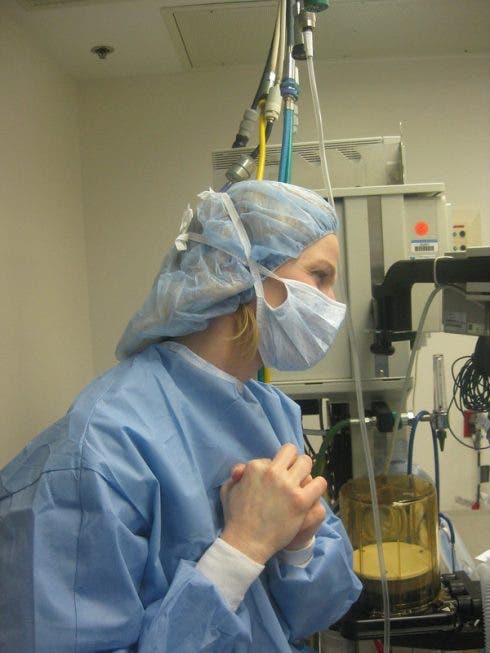 Spain is battling a concerning shortage of nurses and experts in the field have pointed out what is needed to solve the crisis.

Spain is amid a nursing crisis and needs nearly 100,000 more employees in the field to match the European average, according to an alarming new report.

According to the General Nursing Council, the Covid-19 pandemic, job abandonment, an aging population and the search for better opportunities in neighboring countries were all contributing factors to Spain’s nursing shortage.

Spain has 625 nurses per 100,000 inhabitants, while the European average stands at 827, according to the data.

Within Europe, only Slovakia, Italy, Hungary, Bulgaria, Greece and Latvia are worse off.

Current nurses are overwhelmed as a result, causing them to march through the streets of Madrid in a series of protests in the past few years.

National Association of Nursing and Vaccines spokesman Jose Antonio Forcada called it a ‘structural deficit’ the country has been ‘dragging for many years’.

“Primary care structures have not adapted, nor have those of hospitals, to the needs that have been increasing,” he said.

“On the other hand the population is getting older and more care is required. All these needs have been increasing, but the number of nursing positions has not and is increasingly unbalanced.”

Forcada said the first step to end the nursing crisis was to train more nurses.