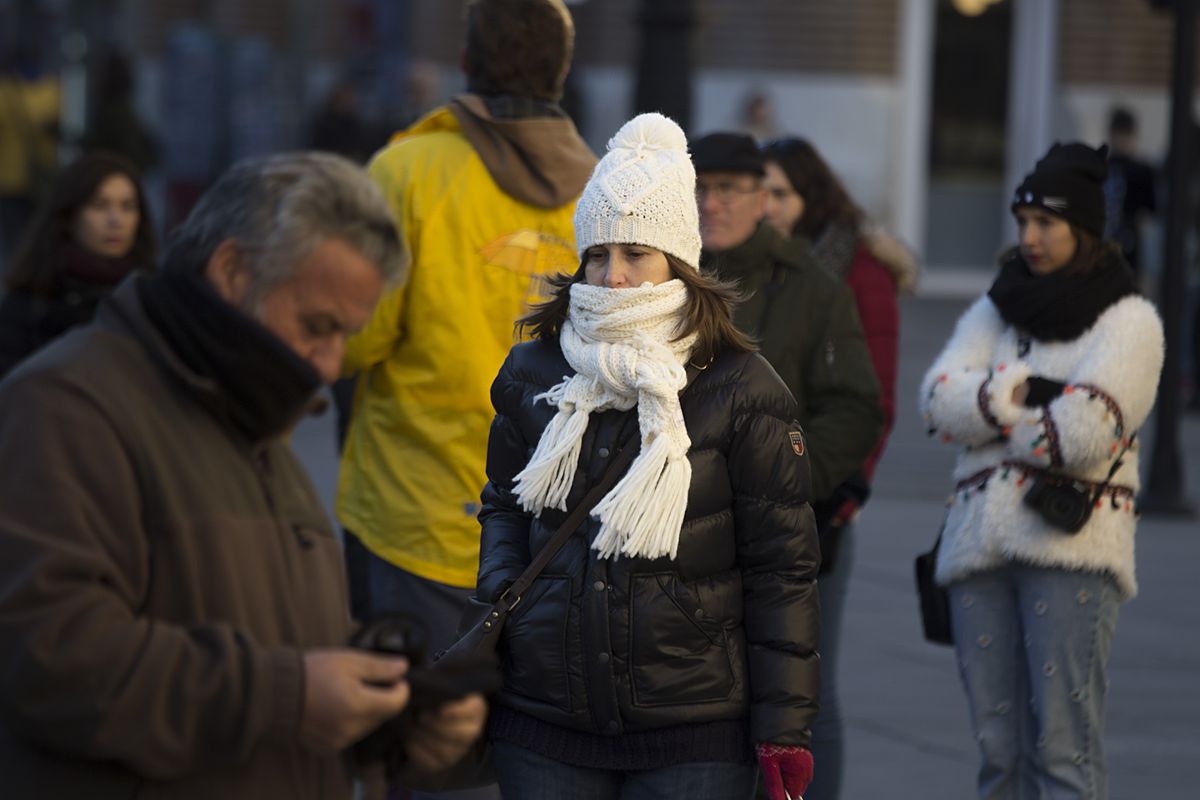 These days, alarmist, incorrect or outright false information about the imminent arrival of a cold wave in Spain is spreading at the speed of colds. This is a meteorological hoax that has emerged as a result of the State Meteorological Agency (Aemet) reporting that this winter there is “a greater probability” of an episode of temperatures below normal due to a possible break of the polar vortex. However, at the moment it is impossible to know if it will occur or when or where. “All the ingredients are given so that, late in December, there may be a wave, but today it is only a probability, a specific episode with a start date is not on the radar,” explains Rubén del Campo, Aemet spokesman. “The weather is conditioned by multiple factors and we must continue to monitor the atmosphere, for now they are conjectures,” he warns. These are the keys, the lies and truths, about an event that may (or may not) occur:

what is a cold snap

In meteorological terms, one does not speak of a cold wave for the mere fact that the temperatures are very low, but abnormally low, widespread values ​​must be given and related to a sudden and abrupt atmospheric phenomenon. The World Meteorological Organization defines a cold wave as the result of a strong cooling due to the invasion of a very cold air mass that extends over a wide territory and each country sets the thresholds from which it occurs. In Spain, Aemet specifies it in “an episode of at least three days in a row in which, at least, 10% of the stations register minimums between the 5% of the coldest in the months of January and February”. In the northern hemisphere, they occur between mid-November and March, especially in January and February.

Is there a cold wave currently?

Not at all, it’s normal cold for this time, what happens is that there has hardly been autumn and temperatures are already normalizing at the gates of meteorological winter, which begins on December 1. September was a warm month – it was 0.6° above average -; October, extraordinarily warm ―the one with the highest average temperature in the series and with an anomaly of 3.6°― and November is on its way to being one of the five warmest.

If the forecasts come true, as there is some uncertainty, the night frosts will gain ground in the center and north of the Peninsula throughout the week. Environment somewhat colder than normal in some areas, but it will not be, a priori, a cold wave. pic.twitter.com/sWgrsKcdOi

The cold comes now. “The week begins with falling temperatures. This Monday, the drop will be noticeable during the day and, in the coming days, at night”, advances Del Campo. There will be frost between Wednesday and Saturday in large areas of the north and center and in the central hours “very few regions” will reach or exceed 15 ° except on the shores of the Mediterranean and in points in the extreme south. “It will be a week with cold weather, but typical of this time or, if anything, with temperatures a little lower than normal in isolated points in the northern half. It is not a wave, but from a perfectly normal and expected time, ”says the meteorologist. For the week of the bridge, uncertainty increases, but it seems that it will be colder than normal in Central and Eastern Europe. In Spain, the values ​​will be normal or somewhat warmer in the south, with storms that will bring rain, especially in the south and in the Mediterranean.

Is a cold snap coming?

The EU observation program Copernicus pointed out on November 14 that the probability – which it did not estimate in a specific percentage – that there will be a wave at the beginning of winter is greater than other years and, “out of responsibility”, Aemet reported this. on November 25, which translated, in the midst of a strong energy crisis and with the false refrain of the cabañuelas for another year in the background, in information in which it was taken for granted.

“It cannot be ruled out that a wave could be produced given the possibility of a higher-than-usual stratospheric polar vortex breaking,” explains Del Campo. “The pieces of the puzzle fit, but it is not certain that it will happen” and, if it does happen, it is “practically impossible” to specify in which area and date. The first piece is an anticyclonic blockade in high latitudes in northern Europe. “These high pressures, especially if a storm is located in the Mediterranean, could generate a corridor of winds that bring the frigid air mass from Siberia to central, eastern and even western Europe if all the conditions fit.” The second piece is that it has snowed more than usual in the Polar Circle, which makes the air even colder. And the last one is that, because of the anticyclone, the polar vortexproduce a release of air confined in the Arctic and generate a powerful wave of cold “in Japan, Europe or the US.”

What is the polar vortex?

It is “a very intense wind current that is generated in winter at both poles at an altitude of between 15 and 35 kilometers.” In the northern hemisphere, it circles the North Pole at high speed and keeps cold air locked in, making temperatures milder at low latitudes. “Sometimes, a sudden stratospheric warming or very steep rise of 30 or 40° in a few hours or days alters the entire circulation, and the vortex can slow down, change its direction of rotation or break up. If it breaks, the air moves to lower latitudes and creates a wave.” The most immediate precedent was in Texas in 2021 and in Spain in December 2020, when a very cold air mass reached Spain, remained stationary and created the ingredients for Philomena and the subsequent wave.

Medium-term forecast of the thermal anomaly in polar latitudes of the Northern Hemisphere. The dipolar pattern “Warm Arctic, cold continents” persists, as have many November-December periods in recent years such as 2016 or 2018. Some things about it in this thread👇 pic.twitter.com/ohdBBWKZxk

will it be a new beast from the east?

In the UK they call The Beast of the East to the waves that come from Siberia. “It was a media term that was used to baptize the wave that hit central and western Europe in February 2018, which arrived in Spain domesticated and glancing, and which has remained there as generic,” Del Campo contextualizes. In Spain, they are traditionally called Siberian cold waves or simply Siberian.

Are cold waves common in Spain?

Less and less as rising temperatures make winters warmer. In fact, seasonal predictions suggest that this winter is going to be generally warm. But climate change does not always mean heat, but an increase in the frequency and intensity of extreme episodes, both cold and warm, with a greater probability of the latter. “Climate change does not spare us from intense cold waves like the one in Philomenabut they are going less ”, emphasizes the Aemet spokesman.

Last winter, for example, there was only one small wave that went unnoticed a priori and that it has been verified that it existed in the subsequent climatological analysis. It occurred between January 14 and 18 and affected 11 provinces. Instead, in summer there were three long and hard heat waves that covered almost half of the station. “We have had only five days of cold wave this 2022 in Spain compared to 41 days of heat wave”, emphasizes Del Campo. In the last decade, “heat waves have doubled, while cold waves have been reduced by 25%.” In the second half of the seventies the average was seven cold waves a year and in the first 10 years of this century, four.