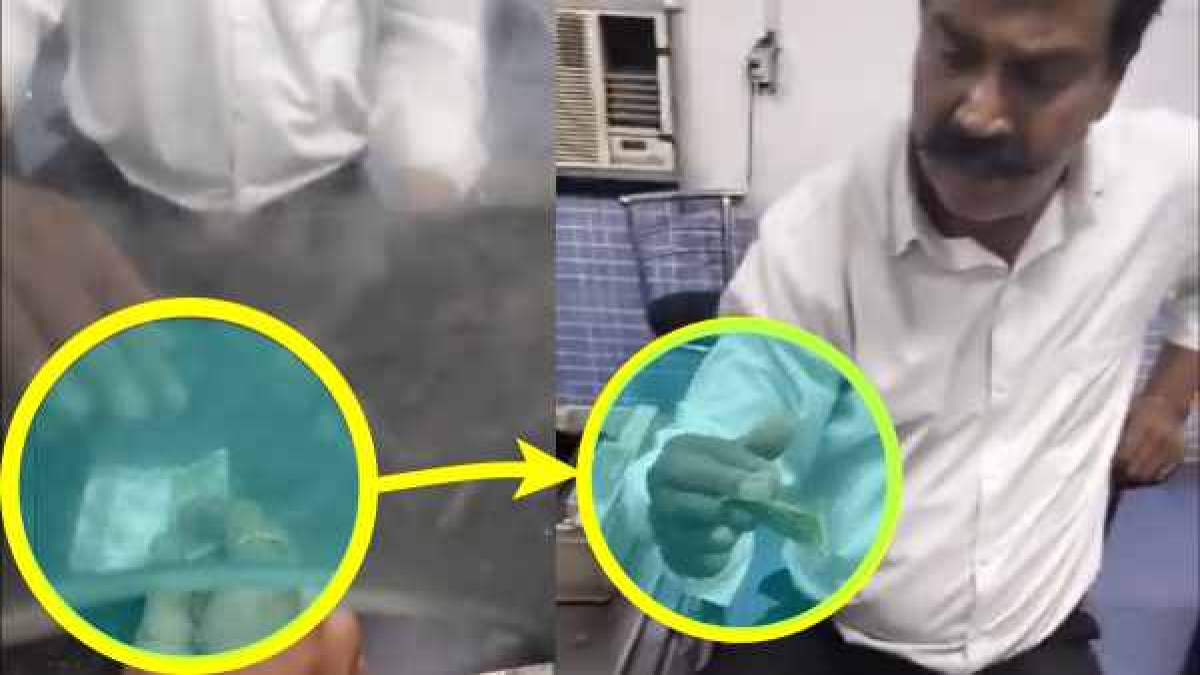 In the viral video on social media, the video of giving Rs 500 over the counter and changing it from Rs 20 has gone viral. The video has been viewed over 2.03 lakh times. More than 3100 people have liked it.

As per NDTV report, a railway employee at Hazrat Nizamuddin railway station was seen cheating a passenger while taking cash from him. The authorities have shown strictness after the video of a passenger being cheated during a cash transaction went viral on social media.

The video clip was shared on Friday by a Twitter handle named Rail Whispers. According to the caption written with the post, the incident took place on Tuesday. In the video, a person sitting behind the ticket counter is seen cheating money. Despite taking Rs 500, railway employee tries to fool passenger with Rs 20 note. Demands more money for issuing Rs 125 ticket.

In the video clip, a customer asks for a ticket to travel in the superfast Gwalior train. Gives 500 rupee note. The railway employee takes out a 20 rupee note from his pocket and changes the passenger’s note. The staff can be heard demanding more money for issuing tickets worth Rs 125.

After the video went viral on social media, the railway service and the officials of Delhi Division, Northern Railway (DRM Delhi NR) got information. Responding to the Twitter post, the railway officials concerned said, “Disciplinary proceedings have been initiated against the employee after identifying him.”

After watching the video, users in the comments section said, “This has happened to me many times in Chennai. The organized hooliganism of some railway employees gives them the courage to indulge in such crimes.” Another user said, “Dangerous, first time I saw such magic, I’m thinking, what if he hadn’t recorded the clip?” “Shame on such people who cheat others and usurp others’ hard earned money. Action should be taken on this heinous act.