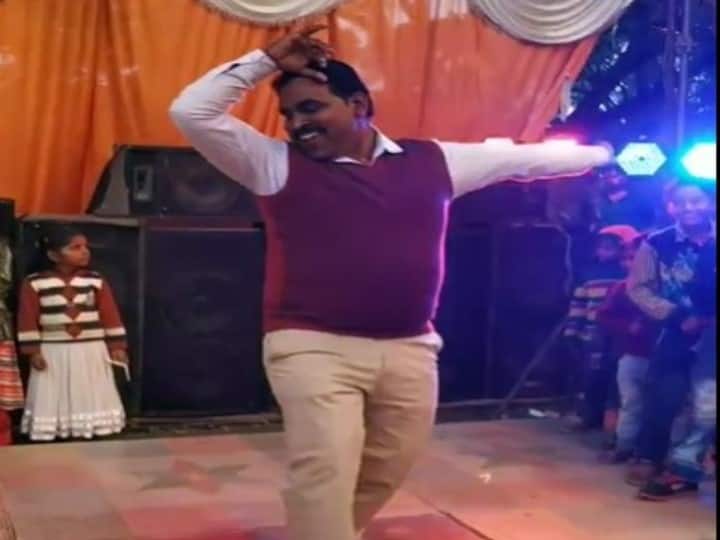 Viral Video: If there is no pomp and show in an Indian marriage, if there is no dancing and singing, then the marriage will look dull. The trend of snake dance in marriage is such that many types of jokes and memes about it go viral. But every dance will fade after seeing the dance of an uncle at the wedding. Its video is going viral on social media. Uncle is so engrossed in dance that he doesn’t see any difference what the public sitting there will think. He is engrossed in his dance.

In this video going viral on social media, a person is dancing fiercely on the songs of Aamir Khan and Madhuri Dixit. You will also be amused to see his spectacular dance moves and style. Uncle dancing at the wedding has stolen the hearts of millions of people on social media with his style. People are watching this video again and again. Although it has not been confirmed that when and where the video is from, but the mind will be happy to see Uncle’s shocking dance.

wow what a dance uncle has done 😁👏🔥 pic.twitter.com/cME7U9slhm

The video clip of the dance is of 42 seconds only, in which a person wearing a pant-shirt has danced ‘Bawal’ by swinging his waist. The song is from the Hindi film ‘Deewana Mujhsa Nahi’, whose lyrics are ‘Sare boys ki kar do shaadi…’ As soon as Uncle starts flexing his back on the dance floor, people are seen encouraging him with applause. This video has been shared on social media from the Twitter handle of @Gulzar_sahab on November 24, in which it is written in the caption – Wow uncle ne kya dance kiya hai. Users are very fond of this video and are also making various comments.

Read also: Avatar The Way Of Water stuns in India before its release, so many tickets are booked in advance