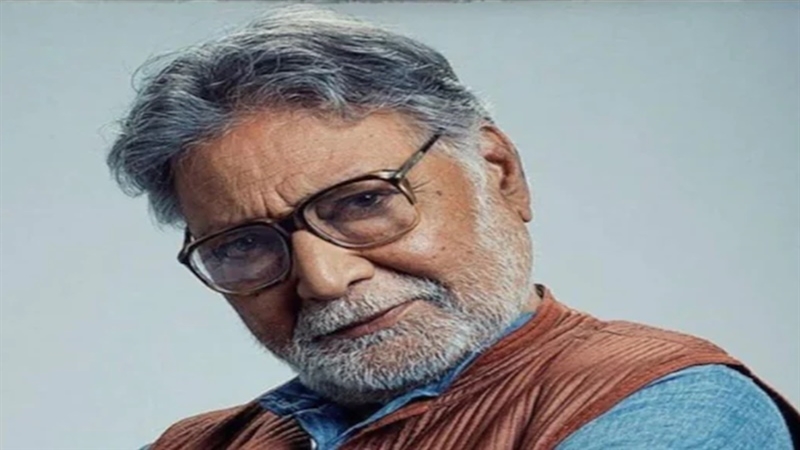 Vikram Gokhale profile, Vikram Gokhale, a well-known actor of Hindi and Marathi films, has passed away at the age of 82. He was admitted in the hospital for the last few days. Meanwhile, the rumor of his demise gained a lot of momentum. Many Bollywood stars also paid tribute to him. Later his daughter’s statement came to the fore, in which she said that Vikram Gokhale’s condition was critical. He is on life support system, he has not passed away. At the same time, news is coming that he has breathed his last in a hospital in Pune. Please tell that the name of Vikram Gokhale is included in the veteran actors. He was born on 30 October 1940 in Pune, Maharashtra. Vikram’s family has been active in Hindi cinema for a long time.

Please tell that Vikram Gokhale’s great-grandmother was the first Indian artist of Hindi cinema. Also, his grandmother has also been a child artist in Hindi cinema. In the year 1913, her grandmother acted in the film Mohini Bhasmasur. The film was directed by Dadasaheb Phalke, the father of Indian cinema.

Not only this, his father Chandrakant was also a veteran theater artist. Vikram was an actor as well as a social worker. He had formed an organization years ago. In which he used to provide things to handicapped soldiers, children and needy people.

Vikram Gokhale started his career as an actor with Marathi theater plays in the 1960s. Later he made his mark as a prolific performer in many Marathi and Hindi cinema. In the year 1971, he made his Bollywood debut with Amitabh Bachchan’s film Parwana. Later he appeared in many hit films.

Amitabh had helped Vikram a lot in the early days of his career. Later in the late 1990s, Amitabh personally wrote a letter to former Maharashtra Chief Minister Manohar Joshi when he learned that Gokhale was going through a lot of trouble. Amitabh Bachchan and Vikram Gokhale have had a close friendship for more than 55 years.

Worked in many films and TV serials

While talking about Vikram Gokhale’s film life, his main films are Swarg-Narak, Insaaf, Agneepath, Khuda Gawah, Adharma, Tadipar, Andolan, Hum Dil De Chuke Sanam, Bhool-Bhulaiya, De Dana Dan, Bang-Bang, Aiyaary, Hichki and other movies are included. Not only this, Vikram has worked in films as well as in TV serials.