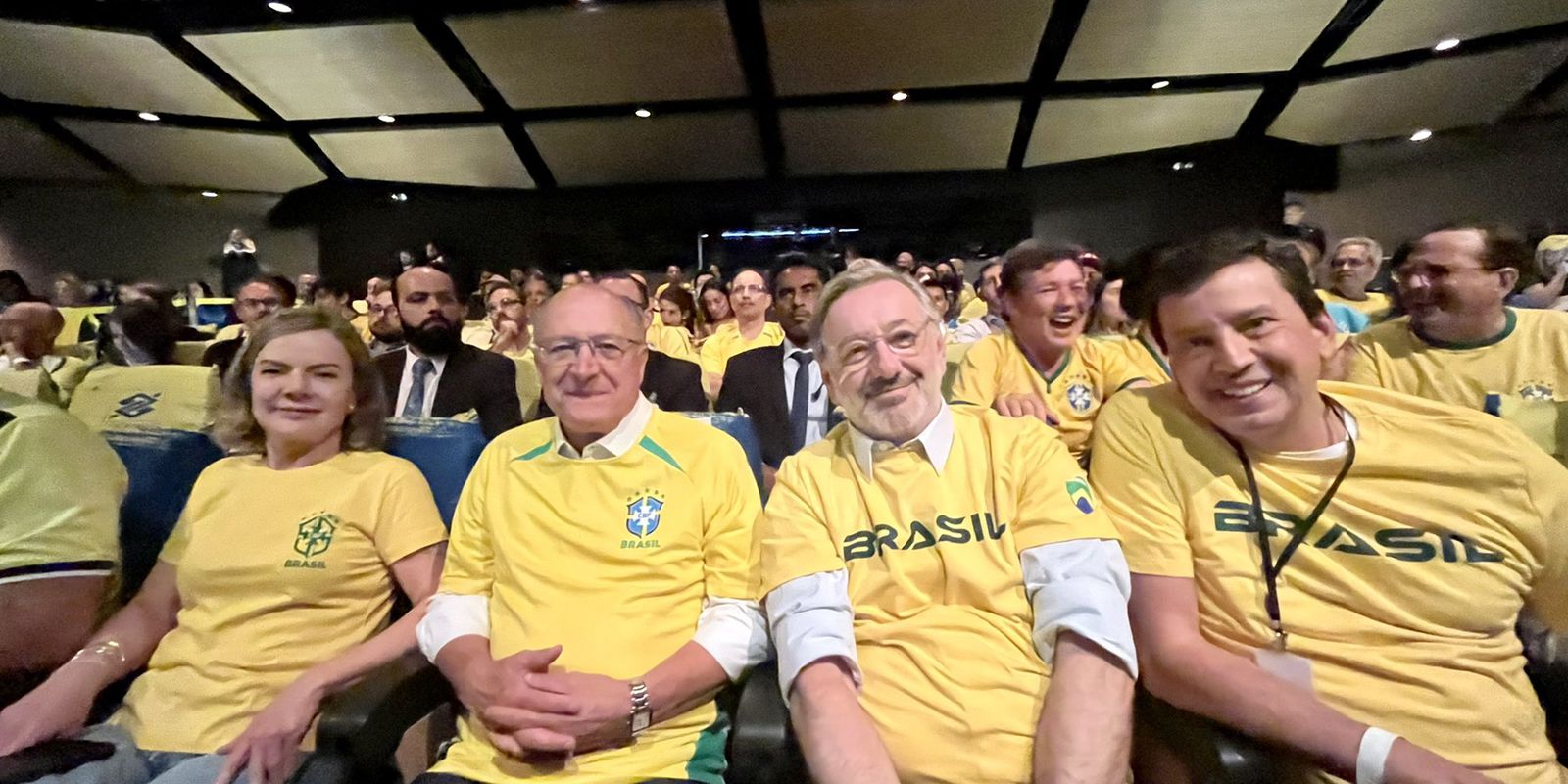 The transition meetings of the Lula government took a break from work to watch the debut of the Brazilian team in the Qatar Cup, which entered the field against Serbia this Thursday (24).

The elected vice-president and general coordinator of the transition office, Geraldo Alckmin, risked a 2-1 score for Brazil. He and the other team members wore the classic yellow shirt. Some were customized with references to Lula and the PT.

The event filled the theater at the Centro Cultural Banco do Brasil, in Brasília, where a big screen broadcasts the game. Professionals from the press were invited to attend, with the right to distribute popcorn and soft drinks.