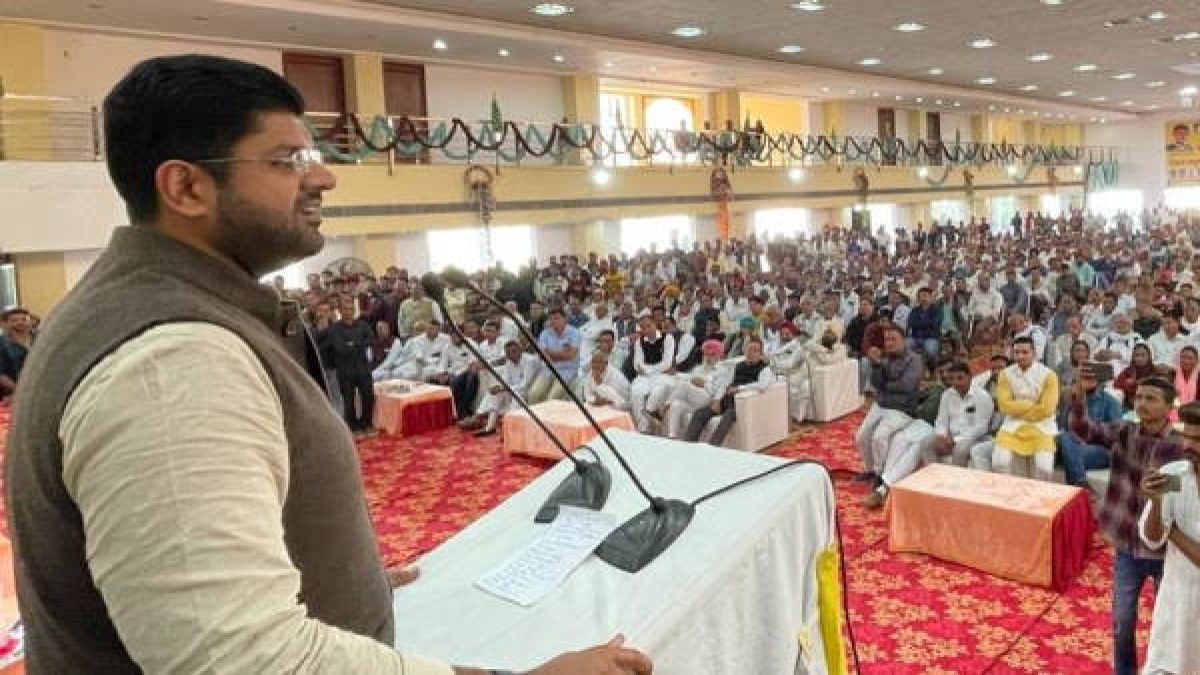 Deputy Chief Minister Dushyant Chautala on Friday reached Tau Devi Lal Bhawan, Sector-8, to invite for the rally to be held in Bhiwani on December 9. During this, while leaving, he taunted the opposition party and said that the party which used to talk about the end of our existence, its seats have itself reduced from 20 to zero. At the same time, he told the workers that victory and defeat are normal, work hard.

On the other hand, on the plan to put the payment of the crop in the accounts of the farmers, he said that in the beginning the farmers protested against the scheme. It was a decision in the interest of the farmers, that’s why he stood firm. Dushyant Chautala said that this would be the last foundation day before the upcoming elections. The next foundation day will be in the midst of preparations for the Lok Sabha elections and the second after the assembly elections. He said that in the beginning JJP was called party of ends but the party had won 10 seats in the assembly elections. This was the result of the hard work of the workers. On this occasion, JJP’s district in-charge Sardar Kuldeep Singh Multani, Chaudhary Randhir Singh, rural district head Dalbir Singh Poonia, JJP’s urban head Harpal Singh Kamboj, national general secretary Surjit Singh Saunda, woman district president of Ambala district Sarvjit Kaur etc. were present.

Said – huge enthusiasm about the rally
Dushyant Chautala said that he has visited many districts. He has seen huge enthusiasm among the workers in all the districts. He said that we have to go door-to-door to invite each and every worker for this rally. He congratulated the newly elected Sarpanchs and Panchs who arrived here and asked the workers to get ready for this Jan Samman rally. Dushyant Chautala said that duty has been imposed in all the four circles of Ambala.