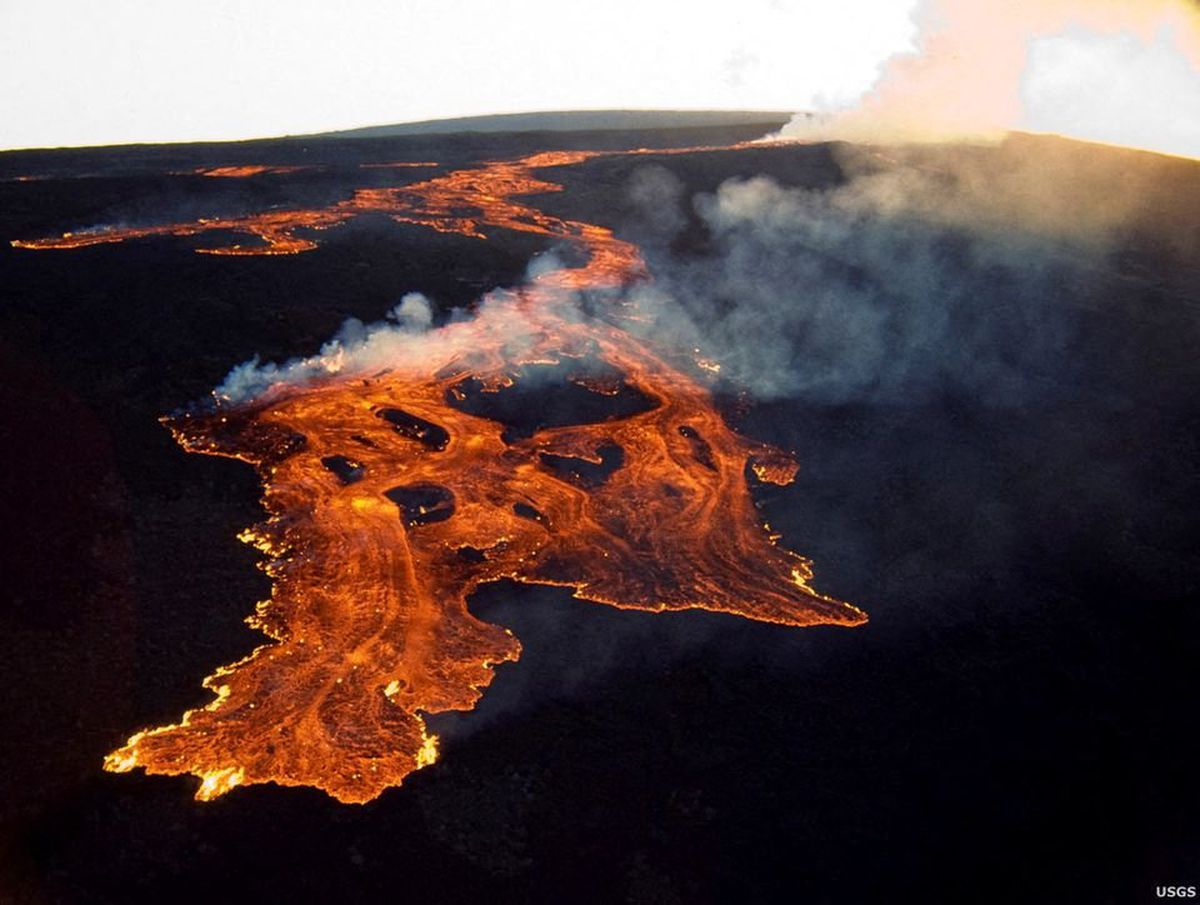 The world’s largest active volcano, Mauna Loa, erupted around midnight Sunday on the island of Hawaii. It is the first recorded by the volcano since 1984. According to the United States Geological Survey. The authorities have indicated that, for the moment, there is no risk to the population, since the lava has been confined mainly to the crater area. On the other hand, there is an alert due to the toxic gases produced by the deflagration and the fine strands of ash and crystals, known in scientific jargon as Pele’s hair, in honor of the goddess of volcanoes in Hawaiian mythology.

Hawaii Mayor Mith Roth said Monday morning that no evacuations were planned for the next few hours. The county, the fastest growing in the US, has a population of 200,000 people. These are more than used to volcanic activity, as there are six active volcanoes in the eight-island system that make up Hawaii. Kilauea, which is located on this same island, has experienced minor explosions in the last five years. There is no information or calculations by volcanologists who venture to say how long this giant that rises more than 4,100 meters above the Pacific will be in eruption. In 1984, Mauna Loa spewed lava for about three weeks, causing no fatalities.

As a precaution, the county authorities have set up a couple of shelters in case the situation evolves. This noon, in one of the official updates, it was reported that the lava could already be seen on the northwest flank of Mauna Loa. “It does not represent any risk to any of the communities,” says the statement from the county authorities. The slopes on that side, say the federal authorities, give enough time, even days and even weeks, to evacuate the population in the event that the situation worsens.

This had been the longest period of silence for the volcano. Experts say that Mauna Loa has erupted, on average, every six years for three millennia. Since 1843, it has erupted 33 times. Half of these explosions remain in the crater area. The 1984 eruption did have lava flows that descended on one of its sides, threatening the population of Hilo, the largest population in the center of the island. The lava, finally, was about 7.2 kilometers away from this point. “This district is relatively far from the more active flank of Mauna Loa,” the Geological Survey states.

Mauna Loa is closely monitored by the US Geological Survey, which considers it one of its highest priorities due to its destructive capacity, due to its propensity to create a lot of lava. The activity of this Sunday, registered around 11:30 p.m. locally, took very few by surprise. Dozens of earthquakes had been recorded in the region since September, one of the warning signs of possible activity. In October, seismographs captured a magnitude 5.0 earthquake near the southeast face of the volcano. In the 24 hours prior to the explosion, 24 earthquakes were captured, all minor.

Some highly destructive earthquakes have been caused by inflation, the moment when magma enters the volcano below. This highly unstable process caused a magnitude 8.0 earthquake in April 1868 at Mauna Loa. There was another, on Kilauea, almost exactly 47 years ago, on November 29, 1975. It had a strength of 7.2 on the Richter scale. Experts, however, believe that the strongest earthquakes occur before the eruptions and not after.

Join EL PAÍS to follow all the news and read without limits.