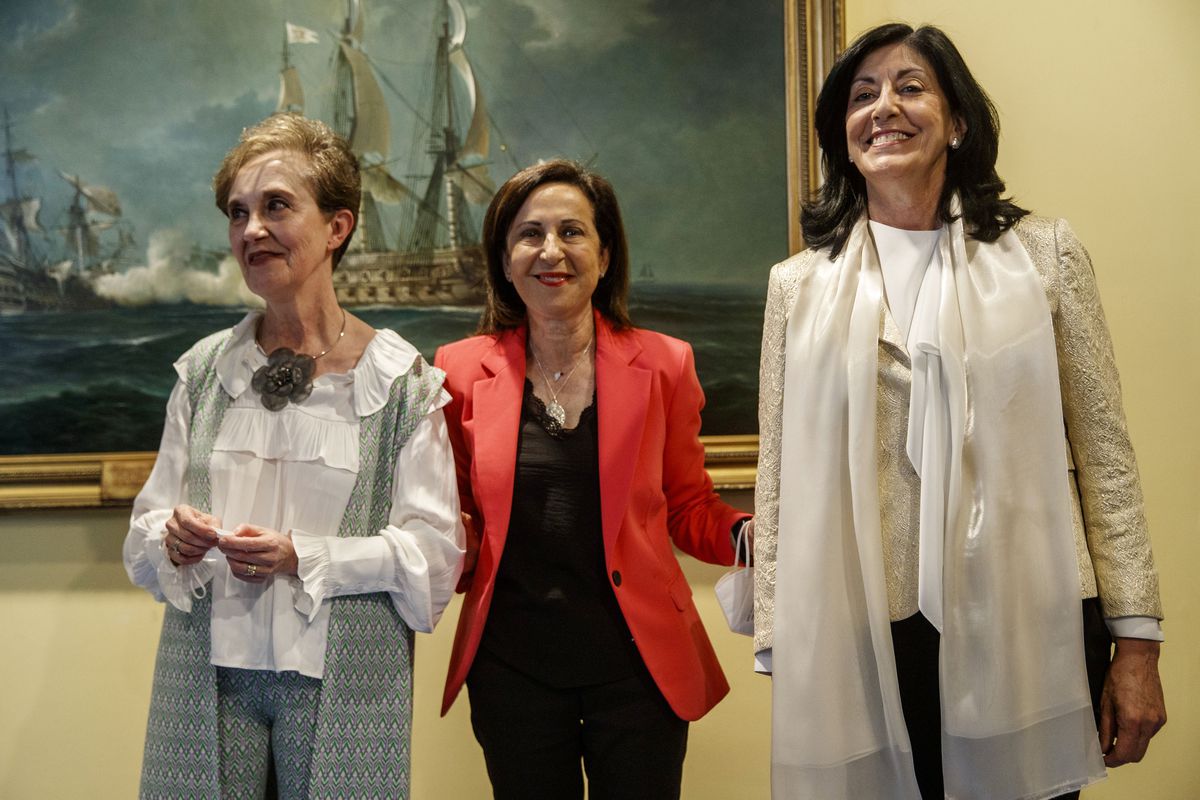 “The CNI is the only institution that has a parliamentary commission [en el Congreso de los Diputados] to give an account of her activities and only before her can I do it. […] ”. This has been the joint response that Esperanza Casteleiro, director of the National Intelligence Center (CNI), has given on Tuesday to the 28 questions put to her by MEPs —among them the former Catalan president who fled from Spanish justice, Carles Puigdemont— in the investigation commission of the European Parliament on the case of espionage with the Pegasus program. Casteleiro has not closed the door on reviewing the questions that have been put to her to see if she can legally answer any of them and do so “in writing”.

Casteleiro’s first intervention before the MEPs consisted of a generic description, without going down to the case, of the legal obligations that the CNI has when it comes to tapping telephones. He has defined the Spanish system as “one of the most guaranteed” and has pointed out that its actions are guided “by the principle of legality”. After the turn of the MEPs, the majority have been Spanish, the director of the Spanish secret services, has wielded the Official Secrets law to not answer the questions raised. “For consistency and legal obligation, I can only respond by insisting that the CNI regulatory law states that the activities, means, facilities, personnel, information sources and data constitute classified information. […] I cannot do it in any other place than the Official Secrets Commission.”, He has settled.

Almost all the questions and a good part of the appearances have focused on the case of the espionage of 63 pro-independence leaders who, according to Citizen Lab, a cybersecurity group from the University of Toronto (Canada). Casteleiro’s predecessor, Paz Esteban, admitted to the Congressional Official Secrets Commission in May that the CNI had tapped the phones of 18 leaders with judicial authorization. She did it, in theory, behind closed doors, but the information leaked out. These data have been used in the questions formulated this Tuesday, but the new head of the Spanish secret services has not agreed to confirm this either.

Probably the most frequently asked question by MEPs has been whether the CNI has Pegasus among its espionage tools. It has been formulated by both Puigdemont and one of his toughest political adversaries in Parliament, Jordi Cañas, from Ciudadanos. Other questions have dealt with how the material collected during the investigations that are not related to them, formulated by the socialist Juan Fernando López Aguilar, is destroyed, or if the CNI can spy abroad or has done so in Germany or Switzerland, as has been the case. questioned by a German parliamentarian.

The representative of the Spanish PP, Juan Ignacio Zoido, former judge and Minister of the Interior during the events of October 1, 2017, has chosen to focus on the aspects of Pegasus linked to the use of Pegasus to investigate the Spanish Government. “Mr. Sánchez has been the only Prime Minister who has acknowledged being spied on. How has this affected the relations and collaboration of the CNI with other foreign services? He hasn’t had an answer either.

The Commission in the Pegasus case already has a preliminary report that Spain was “probably” the “first customer” in the EU of the Israeli company that sells the Pegasus spyware. The rapporteur of the text, the Dutch MEP, Sophie in’t Veld (from the Renew group, which also includes Ciudadanos) maintains that the Spanish authorities spied on “Catalan targets” linked to the illegal independence referendum on October 1, 2017 in Catalonia and the subsequent riots. Those “targets” would be “Catalan parliamentarians, members of the European Parliament, lawyers, members of civil society organizations and some relatives and personnel related to those victims.” Veld underlines that “the Spanish Government]does not provide any information” in a report that does not present its own evidence and follows what was published in the press.

At the end of the appearance, MEP Toni Comín, also on the run from justice, stressed that Casteleiro’s intervention affects the lack of collaboration from the Spanish Government. Cañas, for his part, has attacked the Citizen Lab report because it uses a methodology “that is not repeatable” and, therefore, cannot be accepted as proof because it is unverifiable.

From the PSOE, López Aguilar highlighted that the director of the Spanish CNI has been the only official authority that has appeared in a commission in which other States such as Hungary and Poland are also being investigated for the use of Pegasus. The Canarian MEP has defended that Casteleiro has gone as far as the law allows.