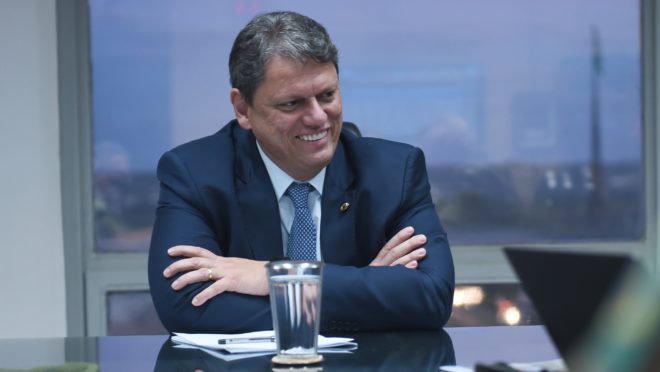 The governor-elect of São Paulo Tarcísio de Freitas (Republicans) confirmed this Friday (25) three more names to compose the state government secretariats starting next year. As chief secretary of the Civil House, lawyer Arthur Lima was chosen. The name of federal prosecutor Natalia Resende was also announced to take over the new supersecretary of Transport, Infrastructure and Environment, which will emerge with the merger of the two portfolios of Transport and Infrastructure and Environment.

Later, at the end of an event by the Esfera Brasil group, in São Paulo, the elected governor also confirmed that the national president of the PSD, Gilberto Kassab, will be the new government secretary, responsible for articulating with the Legislative Assembly of São Paulo ( Alesp). According to Tarcísio, Kassab’s name will be officially announced next week.

“From the beginning, in the campaign, we had talked about setting up a technical secretariat and that is what is happening. We are looking to verify what our projects are, our priorities and public policies, bringing very technical profiles to compose this secretariat”, said Tarcísio de Freitas during a press conference.

Other names in Education and Health

This week the governor-elect of São Paulo also confirmed two new secretaries for his administration. Businessman Renato Feder, who is currently Secretary of Education for Paraná, will assume the same role in São Paulo from 2023. Born in São Paulo (SP), Feder holds a degree in administration from Fundação Getúlio Vargas (FGV) and a master’s degree in economics from the University of São Paulo (USP), with experience as a teacher, manager and director of schools.

For the secretary of Health, Tarcísio de Freitas announced the doctor Eleuses Paiva (PSD). Paiva is also a university professor and was a federal deputy. He was an alternate and took office in 2009, 2011 and 2022. According to the Chamber website, he left office on August 17. He was also Secretary of Health and Deputy Mayor of São José do Rio Preto (SP). The new governor recently released the names that are part of the transition team.