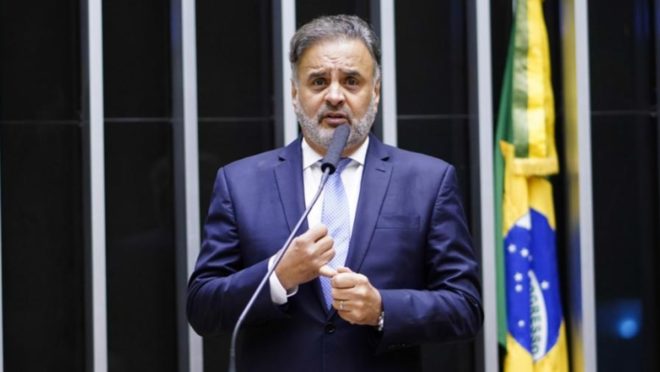 The eleven ministers of the Federal Supreme Court (STF) unanimously rejected a complaint against federal deputy Aécio Neves (PSDB-MG) on suspicion of money laundering and corruption in one of the investigations of Operation Lava Jato, in judgment in the virtual plenary concluded on this Friday night (25).

The Minas Gerais parliamentarian was denounced by the Attorney General’s Office (PGR) in April 2020 for allegedly having received BRL 65 million in bribes from contractors Odebrecht and Andrade Gutierrez, in bids for the works of the Santo Antônio and Jirau hydroelectric plants, in Rondônia.

In the opinion of Minister Edson Fachin, rapporteur for the case, which was followed in full or with reservations by the other ten magistrates, the alleged accusation that Aécio would have given undue advantages to contractors lacks evidence, which does not support the allegations of corruption and money laundering. money.

“The Attorney General’s Office states that the accused, at the request of the corrupting agents and after requesting an undisclosed advantage, ‘promoted bureaucratic obstacles related to the Madeira Project – taking advantage of the condition of Governor of Minas Gerais and the position of Senator’, forgetting to narrate what the alleged bureaucratic difficulties would have been, using a generic narrative and inadequate to the principles of strict legality and subjective criminal responsibility”, said Fachin.

The magistrate follows the vote by stating that, in other similar judgments within the scope of Operation Lava Jato and corruption cases, the action was only accepted by the court with the detailing “albeit summary” of the advantages offered.

Criticism of the PGR

Still in the vote that rejected the complaint against Aécio Neves, Edson Fachin criticized the PGR which, at first in 2020, was against the opening of the criminal action arguing that the complaint would have been made based on award-winning accusations, infringing the set of laws of the so-called “Anti-Crime Package”, approved a year earlier by Congress and prohibiting a prosecution solely based on statements made by whistleblowers.

“It is not credible, considering the temerity of the act, that the accusatory body has imputed serious criminal facts to a public agent holding jurisdiction by prerogative of function before the Federal Supreme Court based, solely and solely, on statements made by justice collaborators , in direct offense to the provision of law in force”, wrote the magistrate.

In the complaint rejected by the STF, the PGR claims that Aécio would have set up a complex scheme of diversion of public funds to receive bribes from contractors, in which the whistleblowers would have proven with documents, internal Odebrecht spreadsheets and emails.

Reservations to the vote of the rapporteur

Although the rejection of the complaint was accepted unanimously by the magistrates, ministers Nunes Marques and Rosa Weber went beyond the vote of rapporteur Edson Fachin.

The first added stating that the lack of detailing of the advantages offered by Aécio to the contractors would prevent the guarantee of the contradictory “and the purpose of allowing the accused to exercise full defense, so that they can participate, actively, in the formation of the judge’s conviction, guarantees that outline due process of law in a substantive and not just a formal sense”.

Rosa Weber, on the other hand, made the reservation that she followed the vote of the rapporteur even though she disagreed with the thesis that the “necessary requirements for the characterization of the offense of passive corruption” were missing. But, she pointed out that there is no concrete explanation of how the two contractors would have received benefits from Aécio Neves when occupying the positions of Governor and Senator.

“Likewise, the indictment is incomprehensible when it points out, in a generic and even contradictory way, that the accused ‘promoted bureaucratic obstacles related to the Madeira Project [das
duas usinas] taking advantage of the condition of Governor of Minas Gerais and the position of Senator’, without explaining, even minimally, how this transition between absolutely different positions apparently would not have had an impact on the ongoing criminal dynamics”, he wrote.