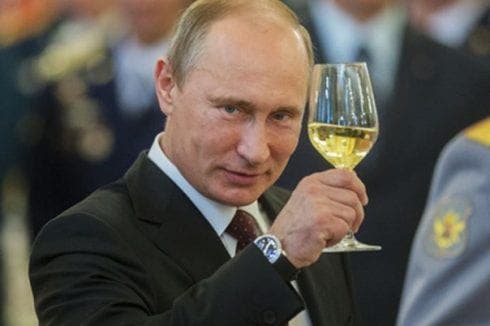 The number of Russians managing to enter Spain has tripled on last year in spite of Russia’s invasion of Ukraine and sanctions placed on the country by the EU.

A total of 108,862 Schengen tourist visas were issued to Russians by Spain so far this year, far outstripping the number from the same period last year, at time when Russia was not an international pariah.

The increase has baffled many, given that the EU has slapped massive sanctions on Russia and many countries across Europe have closed their borders to Russian citizens entirely – although Spain is not one of them.

A spokesperson for the Ministry of Foreign Affairs of Spain refused to comment on the matter, according to Bloomberg.

However, they granted that Spain might be a popular destination for Russians directly because all its neighbors – including Finland, Estonia, Latvia, Lithuania and Poland – now refuse them entry.

Other reasons speculated could be the increased number of Russians trying to leave their country out of opposition to the war or for fear of being conscripted into the army.

Despite not restricting visas to Russian citizens, Spain has still followed the official proposal of the European Commission on the suspension of the visa facilitation agreement with Russia.

Spain has now upped its visa fee for Russians from €35 to €80, which, given the booming demand, has clearly not put Russians off and has become a little money spinner.

Back in September, the Commission suggested upping the time taken to process a Russian visa, and to increase restrictions on multiple-entry visas for Russians, requiring them to present additional documents.

“Taking into account the military invasion of Ukraine by Russia and the resulting threats to the countries’ national security, Lithuania together with Latvia, Estonia and Poland decided to tighten the entry control of Russian citizens,” the Lithuanian Ministry of Internal Affairs announced after the September 19 decision.

Meanwhile, Belgium, Denmark, the Netherlands and Slovakia have stopped giving out tourist visas to Russians, while Germany, Malta and Slovenia have made it harder for Russians to get visas.

But for Spain the doors are still wide open.