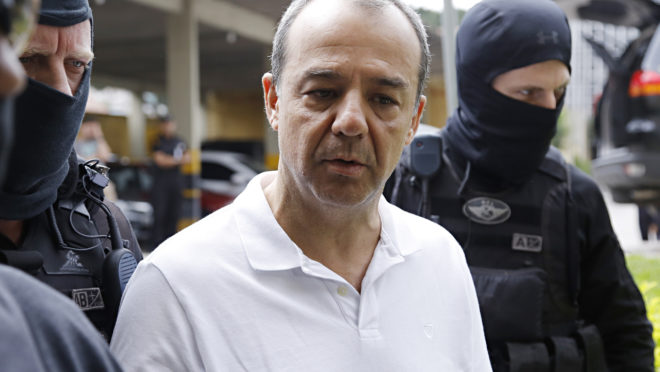 Former governor of Rio de Janeiro Sérgio Cabral would have felt sick in jail this Wednesday (23) when he learned that his son was wanted by the police.🇧🇷 Photo: Archive/Gazeta do Povo

The son of former governor Sérgio Cabral, José Eduardo Neves Cabral, presented himself this Thursday afternoon (24) at the Federal Police Superintendence (PF) in Rio de Janeiro and was arrested in preventive custody. He was one of the targets of Operation Smoke Free held this Wednesday (23) against a gang that operates in several countries, specializing in the illegal trade of cigarettes.

However, Cabral’s son had not been found. Twelve people were arrested during the operation. According to information from the g1 portal, José Eduardo’s defense stated that he is sure that “his innocence will be proven during the process”.