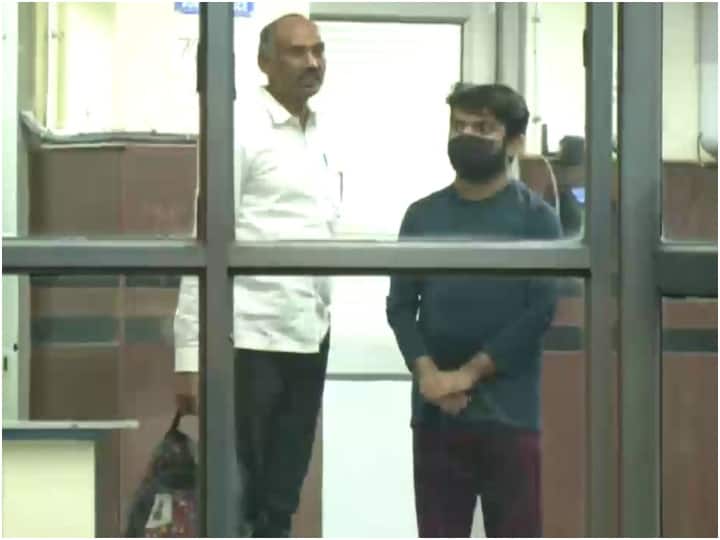 Mehrauli murder case accused Aftab Amin Poonawala’s polygraph test went on for about three hours in the Forensic Science Lab. For the last two days, efforts were being made to conduct a polygraph test on Aftab, but it got delayed due to his deteriorating health. After which his polygraph test was completed late on Friday evening. During this, the police asked many important questions from the accused. As Aftab’s police custody is about to end, the court may also seek remand for a few more days.

Aftab Poonawalla had allegedly strangled his live-in partner Shraddha Walkar (27) to death in May and chopped her body into 35 pieces, then kept her in a 300-room house in south Delhi’s Mehrauli for nearly three weeks. liters of fridge and threw them in different parts of the city for several days.

All test sessions completed
Police are yet to trace the skull and rest of the body as well as the weapon used to dismember the body . Officials said Poonawalla reached the Forensic Science Laboratory (FSL) in Rohini at 4 pm for his third session of polygraph test and left after 6.30 pm. A senior FCL official said that all the trial sessions have been completed. This includes the initial phase, the main phase and the latter phase of the process. He said ‘‘Our forensic experts will analyze the recording and prepare a report. If the experts are not satisfied, he (Poonawalla) can be called again.’’

May be narco test
According to the official, a decision will be taken to conduct narco test based on the results of the report. He said that even if Poonawalla is sent to judicial custody, his narco analysis can be done. During the polygraph test, Poonawalla was asked questions about the sequence of events leading up to the murder, Shraddha’s relationship with the accused, tension between them, places where Shraddha’s body parts were dumped, weapons etc.

The officer said that the purpose of this test was to check the discrepancies in his statements. He told that the test results will be handed over to the investigators in two or three days. Earlier on Thursday, about eight hours long polygraph test of Aftab was done. However, due to his unwell health, the laboratory officials found it difficult to record the statement.

Many questions asked during the test
The polygraph test records physiological activities such as blood pressure, pulse and respiratory rate and these data are used to find out whether whether the person is telling the truth or not. According to lab sources, ‘‘During the test (polygraph) on Thursday, Poonawalla was questioned about the case, what made him kill Walker, whether it was a premeditated incident or he did it out of anger , as he claimed in court.’’

The incident took a political turn when Union Home Minister Amit Shah assured that “severe punishment” would be given to the accused in the shortest possible time. will be ensured. The Communist Party of India-Marxist (CPI-M) has alleged that the incident of the murder of Muslim lover K Walkar is being used for ‘communal propaganda’.