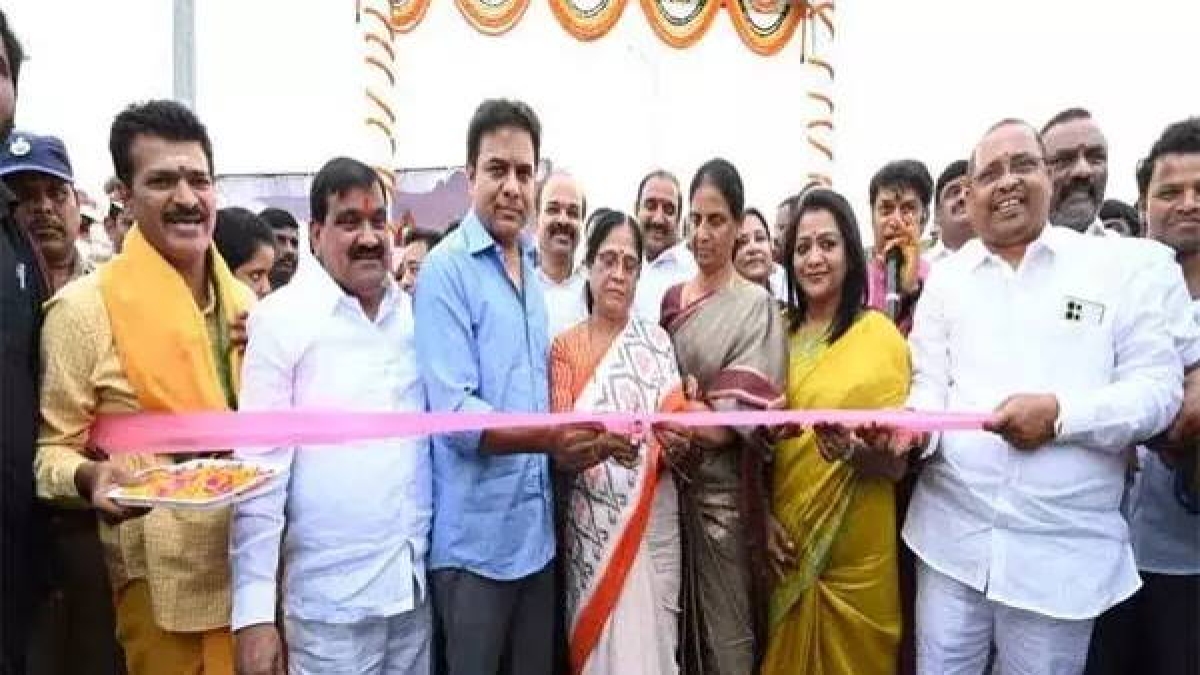 Telangana Municipal Administration and Urban Development Minister KT Rama Rao said that to meet the growing demands of fast-growing Hyderabad, the state government is taking steps to expand and augment the existing public transport facilities. After inaugurating the Rs 466 crore Shilpa Layout flyover, the minister said the government is working on a comprehensive strategy to increase the reach of MMTS, Metro Rail and RTC services.

Chief Minister K. Chandrasekhar Rao had already directed the Finance Department to release Rs 200 crore for MMTS and also to start the second phase of Metro Rail for a length of 63 km.

The second phase of the Metro Rail will include a 26 km-line from BHEL to Lakdi-Ka-Pul, 5 km from Nagole to LB Nagar besides a 32 km-line from Mind Space to Shamshabad Airport. The minister said that the metro rail expansion is being discussed with the central government and despite support from the centre, the state government will go ahead with the expansion of public transport, adding that an underpass will be built during the Kothaguda flyover towards the T-hub.

The construction of Kondapur Level-3 flyover will also be completed in nine months. The Strategic Road Development Plan (SRDP) was introduced by the Chief Minister and under SRDP Phase I, the works were taken up with Rs 8,000 crore and under SRDP Phase II, the works would be taken up with Rs 3,500 crore. Developing Hyderabad as a city with the best standards of living, the state government solved the problems faced by the people, from power supply to water supply and improved all the facilities. He said that law and order is being maintained well and the Integrated Command Control Center, first of its kind in the country, has also been established.