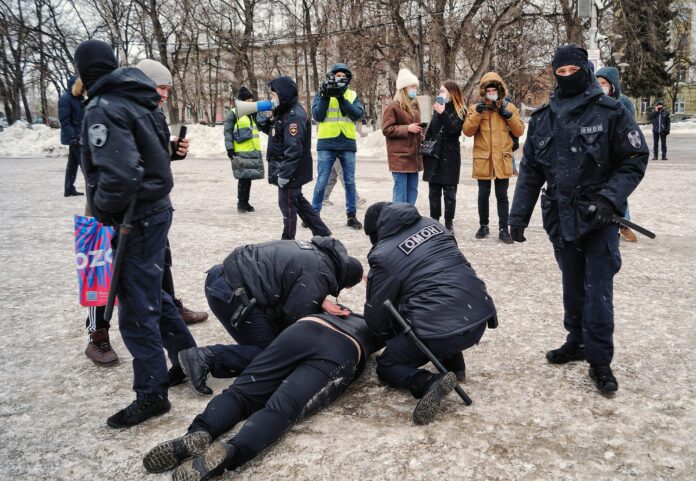 NGO says, situation worsened after the re-election of President Vladimir Putin in 2012

Amnesty International’s in its latest report on Russia stated that the government in the country has a “sophisticated system of restrictions and severe reprisals to crush public protests”. According to a euronews article on Thursday, November 24, since 2012’s re-election of Vladimir Putin as the Russian President, things have worsened in the country. The Government’s targeting of the media has also been increased and citizens as well as organizations are also being repressed, the Amnesty report states.

The report further added, since the Russian invasion of Ukraine, the government of Russia have been very critical of controlling the information. This was observed after independent media and human rights groups were excluded in the country. This move by the government was aimed to have complete control over the narrative.

According to Amnesty International, the situation in the country has further worsened since opposition leader Alexei Navalny was poisoned and imprisoned in 2020.

“Navalny was seen by the Kremlin as a dangerous individual for them,” said Natalia Prilutskaya, a researcher at Amnesty International, the report stated. She further added, “He could potentially lead discontent, and potentially lead a protest that would challenge the government’s policies and practices, and the laws, hence the interest in him being isolated, essentially,”.

The report also said, the Russian authorities in the past years have set up the country’s legislative system to suppress the freedom of expression in the country.