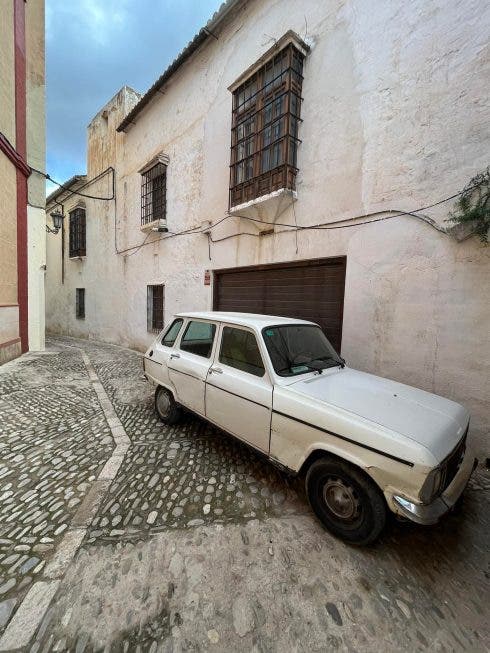 Perched atop steeping mountains and 2,460 feet above sea level, Ronda is tricky to get to but worth the effort for a trip you will never forget, writes Anthony Piovesan.

Ronda is indeed one of those places that stands alone.

It’s one of the oldest cities in Spain and a destination that simply cannot be compared to anywhere else in the country, or the world.

It’s only an hour away from the sea and the beach resorts of the Costa del Sol, but it feels like you’ve traveled to a whole new world.

It certainly feels like you’ve traveled back in time as you walk the cobble-stoned streets, lined with white-washed homes, old mansions and stone churches.

This white town was first settled by the Celts in the sixth century BC, giving the town its original name of Arunda.

It was later inhabited by the Moors in the 13th century where Visigoth structures were replaced by Muslim mosques and buildings.

This is why you will be able to see attractions such as the Arab baths and the Mondragon palace, home of the Moorish king Abomelic Abd al-Malik.

Moorish rulers built Ronda’s city walls, and they were then developed and fortified when the Romans took over in the 16th century.

But the city’s gates didn’t need to be the absolute best.

Ronda’s unique geography means it was always pretty secure in the event of an invasion.

It’s positioned in a mountainous area about 2,460 feet above sea level.

The Guadalevin river runs through the city, dividing it into two and carving out the steep 120-metre-deep El Tajo canyon.

Thousands flock to the historical city each day and stare in awe at the huge drop below from the Puente Nuevo bridge that links the old town with the new, commercial center.

And then looking outwards towards the horizon is a magical scene of the Serrania de la Ronda that one cannot be surprised inspired by the greatest artists of all time.

And they found it in Ronda; the sun breaking through the mist in the mornings, sweeping valleys with orange and olive trees, and white houses along the bank of the river ravine – the city is a place of beauty and intrigue.

Hemingway spent many summers in Ronda, and his famous novel For Whom the Bell Tolls actually featured a climatic scene inspired by real life events that occurred in Ronda during the Spanish Civil War.

One of Hemingway’s characters recounts how various fascist men and a priest from the city were taken into the Plaza de España and beaten by the townspeople – they were killed before being thrown into the gorge.

More recently, in 2010, Michelle Obama, the wife of former US President Barrack Obama, visited Ronda as part of a five-day tour of Spain.

The Olive Press visited Ronda on the weekend; winter is closing in and you could feel it in the air. It was frigid, but the spirit of the locals was nothing of the sort.

“You’ll love it here,” exclaimed a waiter at El Retiro.

“I see it over and over, everyone who comes here, always comes back.”

Our reporter managed to find a spot at the crammed cerveceria for lunch on Saturday afternoon, and was recommended the carrillada.

The braised beef cheeks are a town favourite, and it hit the spot on a chilly afternoon.

The waiter, Ronda-born Faustino Peralta, did not only inspire with such pride for his hometown, but recommended a meat dish you’ll want to cook at home this winter.

Walking through the city in the cooler season is a bit different, the terraces are empty but that doesn’t mean the party is over.

A couple of streets down from the picturesque main square Plaza del Socorro, singing and chanting can be heard.

The Olive Press followed the song around a quiet laneway and into a tiny cerveceria where a group of about 20 people were huddled around the bar singing.

The group of friends from Cadiz started clapping fiercely, until breaking out into song and belting out lyrics to Lolita’s Sarandonga.

Declared a Site of Cultural Interest, construction on the ring began in 1780 and finished five years later.

Ronda is a city that enjoys this deep tradition, and has kept it alive over the centuries.

King Phillip II of Spain founded the Real Maestranza de Caballería de Ronda in 1572, a government body dedicated to the handling of the Spanish cavalry.

An equestrian facility was built, and one of the main exercises the horses were made to do were dodging drills where bulls were used as obstacles.

Bullfighting originally developed on horseback, and has evolved since then where the ‘on foot’ bullfighter took over.

In the 20th century Famous bullfighter Antonio Ordoñez was born in Ronda and became a star of the sport in his own backyard.

Hemingway watched him perform one day, and based on one of his novels, Death in the afternoonon Ordoñez.

When the sun starts to descend behind the surrounding mountain tops, you’ll want to nurse a nice red wine as the cold settles in for the evening.

The staff at Taberna El Almacen are armed with knowledge about local wines and will recommend a great drop to go with your selection of tapas.

After your meal, it’s worth braving the cold for night views of this sensational city.

Ronda almost takes on a completely different form in the darkness.

The Puente Nuevo is completely illuminated from top to bottom, there are parties in Ronda’s little-known back street bars where you could poke in for a night cap, and you’ll be enchanted by the silence and the tangerine glow of the streetlamps.

Ronda might be an old town, but it’ll breathe new life into you.

Former Prime Minister of the United Kingdom Benjamin Disraeli put it so poetically back in 1852 on one of his many visits to the charming city: “The air of the mountains, the rising sun, the rising appetite, the variety of picturesque persons and things we met, and the impending danger, made a delightful life.”