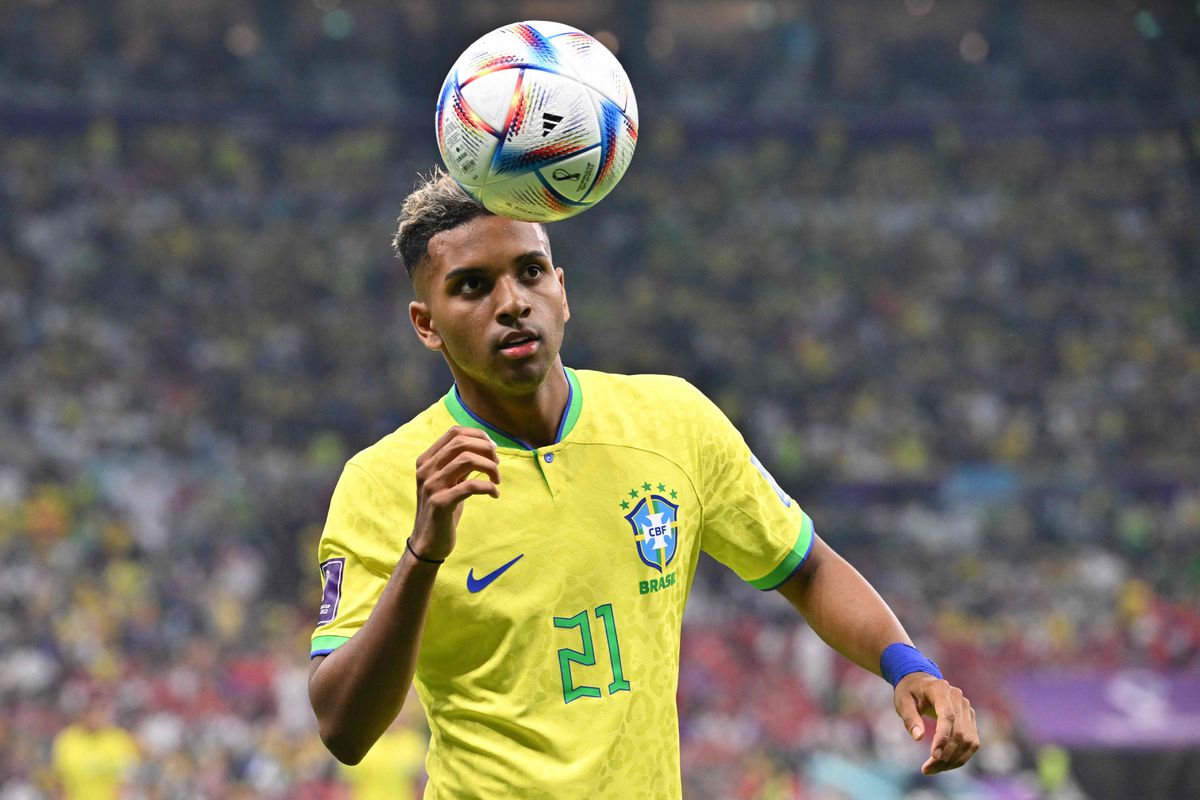 One day in 2012, Rodrygo Goes’s father, Eric, was going to play against Neymar, and the 11-year-old boy gave him some advice: “Dad, don’t rush into it or it will fly over you”.

In that match against Santos, the father, who told the story in The Players Tribune, was the right side of Mirassol, the guardian of the Neymar area. A little over ten years later, his son’s fear is knocked out with the foot of an inflatable doll. Marquinhos yesterday described his obsession with returning as soon as possible: “He is sleeping in the physiotherapy room. He does physical therapy 24 hours. He is a monster ”. But until Brazil returns, it will require more from Rodrygo, to start today against Switzerland (5:00 p.m., World Goal).

In Paulistão 2012, our house received a special encounter: the right winger Erick, Rodrygo’s father, had Leão hair and had to score only two of the best attackers in the world! 🦁 pic.twitter.com/dHeLcv2yr3

That other afternoon in 2012 when the Goes family met the monster, Santos won 1-3, but Neymar went without scoring. Rodrygo knew what he was talking about when he warned his father about him. He grew up fascinated by the magnetism of the 10, running around the house in a fake Brazil jersey and mohawk hairdo. He studied and imitated his movements, and one of his first coaches, Luciano Santos, believes that he surpassed the model: “It was absurd. In futsal I think he was better than Neymar. Spouts, feints, juggling… he was obscene. Our team won three São Paulo sub-11 championships in a row”.

Rodrygo has become more sober on the pitch as he has grown older, but he still retains an awe for his childhood idol’s awesomeness. About five months ago he posted a video on YouTube in which he reviewed a compilation of Neymar’s old tricks. The enjoyment seemed childish: “How many pipes has he made in his life?” he wondered. “He’s crazy!” And he would burst out laughing.

Without Neymar, Brazil temporarily loses not only its symbol, and its guide on the field, but also a footballer who had started the season at PSG like never before. Until the stoppage of national competitions for the World Cup, there was not a footballer in the five major European leagues that posed a greater threat to rivals, according to advanced Statsbomb metrics that measure the quality of chances available to a player ( expected goals, or xG), and the quality of the chances he gives his teammates (expected assists, or xA). If you add the two figures above, you get what could be called expected contributions to goal, that is, how many goals would have resulted from his chances and last passes, under normal conditions, how damaging they were.

Neymar started the season launched, causing actions worth 1.03 goals per game. If you keep looking at the classification of the most damaging attackers in Europe, you will find one of the reasons why not only Rodrygo’s old coaches consider him so close to 10. Goes appears ninth among the most dangerous in Europe, with 0, 72 of xG+xA every 90 minutes.

The names on the list that separate him from the first are very eloquent about the moment in which the Real Madrid player is only 21 years old: Mbappé, Lewandowski, Haaland, Messi, Lois Openda, Marcus Thuram and Oshimen.

On the day of Neymar’s injury, Brazil did not have another footballer who would have caused more panic in the rival defenses than Rodrygo. The 15 minutes he had against Serbia in his World Cup debut were enough for him to shoot twice, one of them very close to the squad.

Since the spring, he has experienced a permanent takeoff, which began with a role of switch in Real Madrid’s amazing comebacks in the Champions League. Shortly after the idea of ​​transferring him circulated through Valdebebas’s offices, the Brazilian exploded. He scored the goal that led to extra time in the quarter-final second leg against Chelsea, and the two that brought Ancelotti’s team back to life in the semi-final second leg against City.

After that end of the season for the legend of the impossible, Ancelotti was convinced that Rodrygo was not only something more than a revulsion, but that he was the most versatile attacker he had at his disposal. Seeing that the white board was not planning to buy any striker to cover the possible losses of Karim Benzema, Ancelotti began to prepare the Brazilian for the position.

Before Brazil took notice of him to mend the tear in its emblem, Rodrygo already covered the absences from the last Ballon d’Or in Madrid with a very good note. When he played in that position of nine, or false nine, or something between nine and 10, Ancelotti always praised the Brazilian’s intelligence. Benzema plays a rare role in Madrid, and for this reason it is complex to imitate: he is one of the main connectors in the game in an area that covers almost midfield, and he also scores and assists. Madrid kept the course in the League and in Europe with the Brazilian at the heart of that delicate gear that bears similarities with some things that Neymar also does.

Five months ago, Rodrygo recounted a conversation he had had with him on the YouTube channel Podpah: “He told me: ‘I’m going to leave the national team and 10 is yours.’ He had no idea what to say to her. He embarrassed me, I giggled and didn’t know what to say. I told him that he should play some more, that he still didn’t want to. And he laughed.”