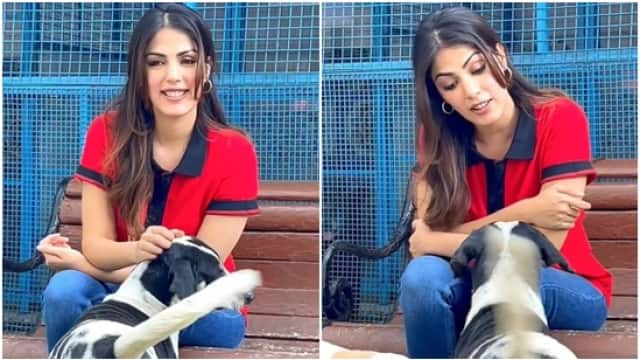 Bollywood actress Rhea Chakraborty is slowly becoming social and slowly she has started participating in events etc. After the death of Sushant Singh Rajput, the actress was called very bad and the actress distanced herself from everyone. Recently, Riya participated in a food donation event of Stray Dogs. A video of which is going viral on social media. While this video of Riya is being liked, on the other hand she is also being trolled.