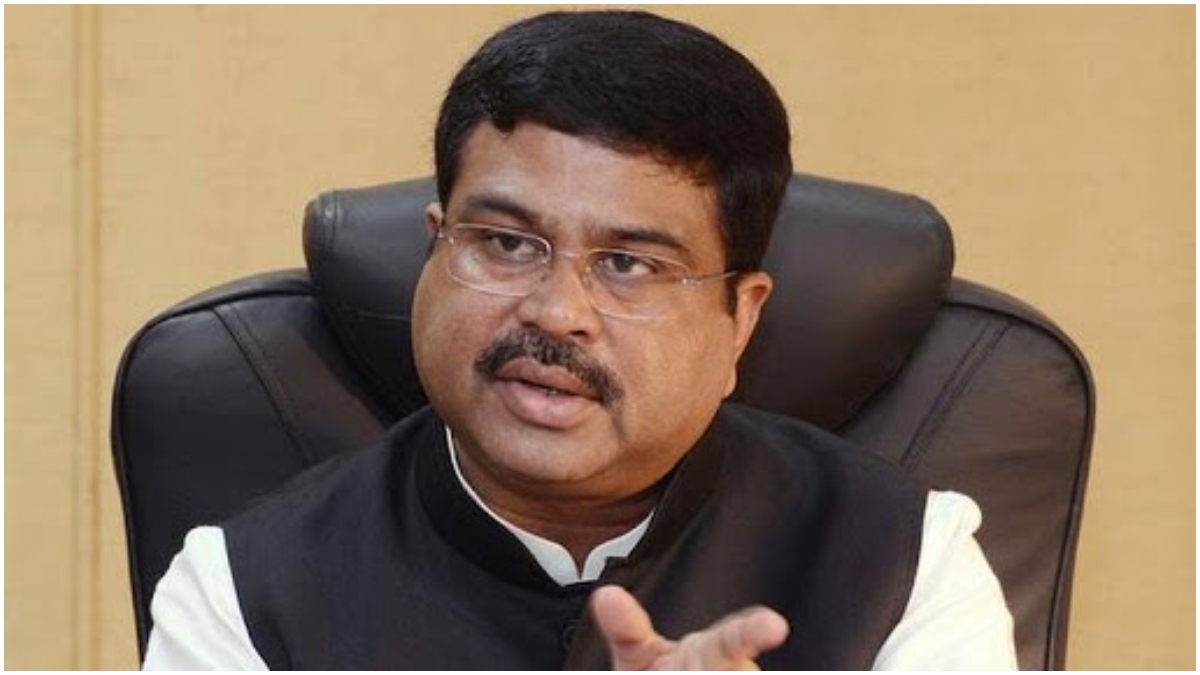 Jaipur: Union Education Minister Dharmendra Pradhan on Sunday targeted the Congress in the state, saying that the party (Congress) was disrespecting the mandate it got in the 2018 assembly elections. Pradhan rejected Rajasthan Chief Minister Ashok Gehlot’s allegations that he and the Bharatiya Janata Party (BJP) had tried to topple his government in 2020.

Pradhan said that it was the infighting of the Congress leaders. In July that year, the Congress high command removed Sachin Pilot as the Deputy Chief Minister of Rajasthan as well as the Pradesh Congress Committee President after he rebelled against Gehlot. Asked about the chief minister’s repeated allegations against him (Pradhan) and the BJP, Pradhan said, “Nach na jaane aangan tedha.”

He said during an award ceremony at the national convention of the Akhil Bharatiya Vidyarthi Parishad (ABVP), “The Congress got the mandate. Sachin Pilot is not a BJP worker, still sometimes ‘hi-hello’ happens. I also respect Ashok Gehlot who is a respected mass leader of the country but he is not able to hide his infighting.

He said that the people of Rajasthan had given mandate to the Congress in the last assembly elections, but that mandate is not being respected by the Congress. Pradhan said that corruption is at its peak in the state. Earlier, addressing the closing ceremony of the national convention of the Akhil Bharatiya Vidyarthi Parishad, Pradhan said that around 20 crore people in the age group of 15-23 years are illiterate and called upon ABVP activists to help educate them. He said that skill training can be provided to such people by connecting them with the new education policy.