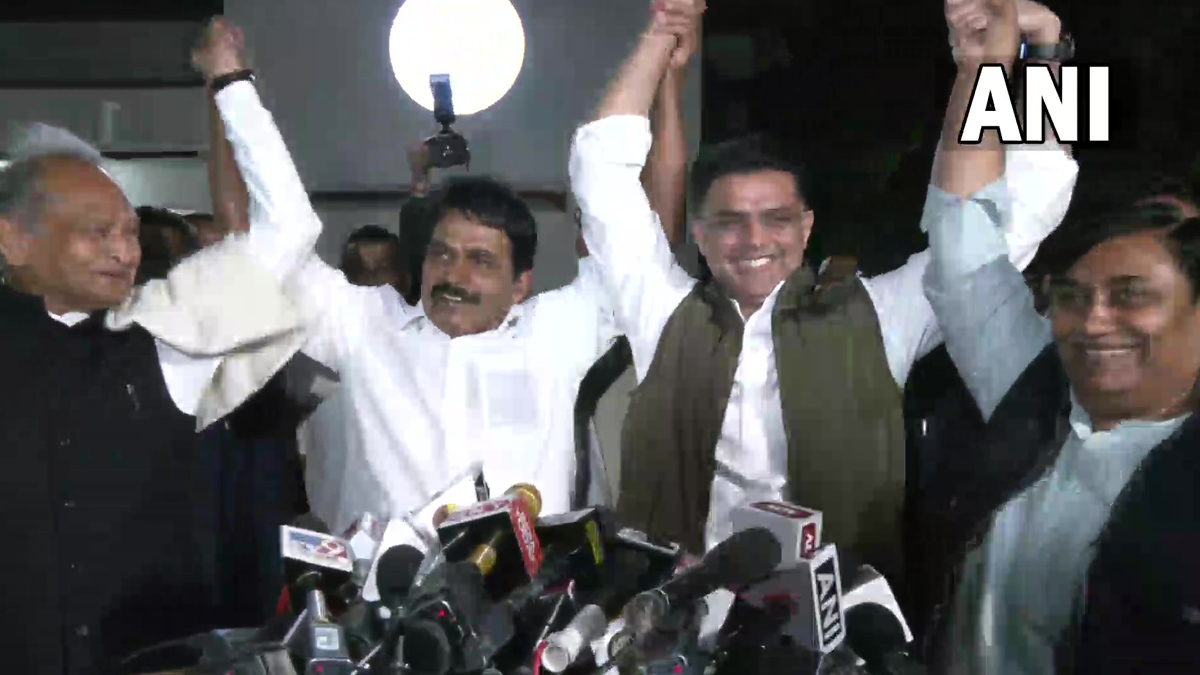 Jaipur: A meeting of the Congress party was held on Tuesday (November 29) in Jaipur, Rajasthan regarding Bharat Jodo Yatra. CM Ashok Gehlot was also present in this meeting along with Congress leader KC Venugopal. This was the first time after the ‘traitor’ remark controversy when Ashok Gehlot and Sachin Pilot came together for the first time.

During a conversation with the media, CM Gehlot said that, Gehlot said, “Rahul Gandhi is the leader of all of us. When he (Rahul Gandhi) has said that there are assets, then there are assets. Then what was the discussion about? He said, “This is the biggest strength of our party. Before independence and after independence, the party runs under the discipline of the number one leader. There is no scope left in us after Rahul Gandhi’s saying. Be aware that CM Ashok Gehlot had called his party leader and deputy CM Sachin Pilot a traitor a few days ago. On which Rahul Gandhi refused to make any comment and described both (Gehlot and Pilot) as assets of the party.

Regarding the Bharat Jodo Yatra, Gehlot said that the Bharat Jodo Yatra in Rajasthan will turn out to be wonderful. There is a lot of enthusiasm among the people regarding the yatra, he said. Rahul Gandhi has come out with the same issues which are in the heart of the countrymen. This is a message for PM Modi and Amit Shah. Inflation, unemployment is increasing in the country, violence is taking place, this is not in the interest of the country. Our main issue is to win the election and we will show that by winning. Our thinking is positive, we do not think negative.

At the same time, after the meeting, Congress leader Sachin Pilot said that the Bharat Jodo Yatra with Rahul Gandhi would be welcomed with maximum enthusiasm and energy in Rajasthan. The yatra will spend 12 days in the state. It will be a historic journey with the participation of all sections of people.

Congress General Secretary Venugopal said that we are united. Here Ashok ji and Sachin Pilot ji have said that the Congress party is one in Rajasthan. Rahul Gandhi has clearly stated that both Ashok Gehlot and Sachin Pilot are assets for the party.