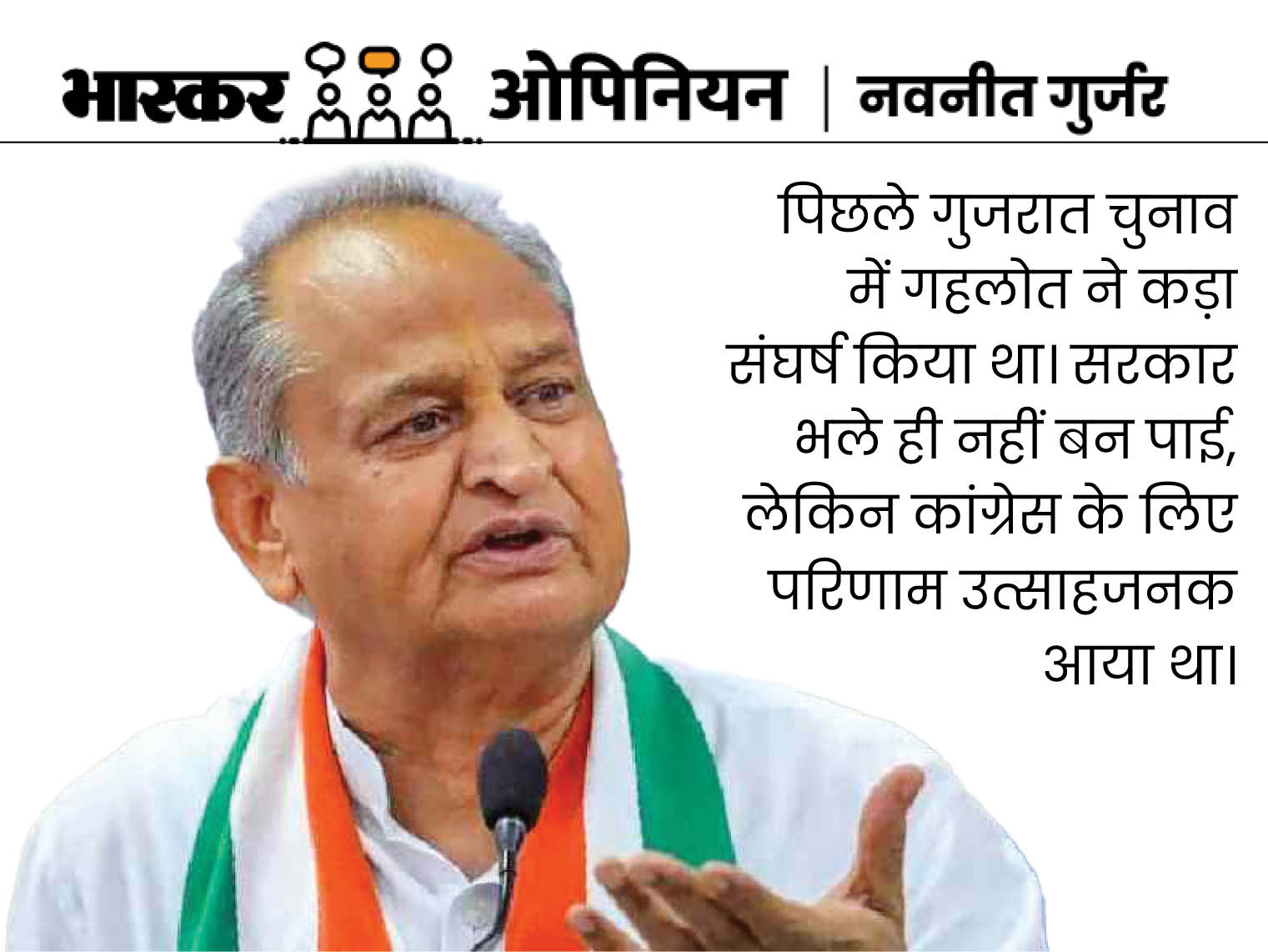 Rajasthan Chief Minister Ashok Gehlot is fighting on many fronts simultaneously. After going to Gujarat, they ask why Prime Minister Narendra Modi is roaming in the streets of Gujarat? Are they afraid of losing? It may be that Gehlot is right and Modi is also afraid of defeat, but he should go to every street and neighborhood to campaign or go door to door, this is his way.

If you have the willpower, then you too go. Who has stopped? Why Congress is not visible even today in the cities of Gujarat? Who has stopped you from preaching in the cities? Certainly Gehlot put up a tough fight in the last Gujarat election. The government could not be formed, but the result for the Congress was encouraging.

Actually, this time many fronts are open in front of Gehlot. An interview has come to the fore on Thursday itself in which Gehlot is calling Sachin Pilot a traitor. It is a coincidence that on this day Sachin Pilot is seen in Madhya Pradesh during Rahul Gandhi’s Bharat Jodo Yatra. So is Gehlot nervous about this Pilot-Rahul closeness? Or, in this context, has he received any message from the high command or his own political sources, in which something has been said about the chair.

In the interview, Gehlot is clearly saying that Pilot is a traitor, he will not be allowed to become the Chief Minister. Well, anyone in politics can make such a strategy, but at a time when Rahul Gandhi’s visit to Rajasthan is about to come, then what is the need to make such a statement?

Be it or not, the party is going to take a clear decision on the Gehlot-Pilot controversy till Rahul’s visit to Rajasthan, because in such extreme enthusiasm, there can be a clash between Gehlot-Pilot supporters during the visit. If this happens, to whom will the Congress keep answering? Keeping all this in mind, the Congress is going to take a decision soon in the matter of Rajasthan, such clear indications are continuously being received.

Although the pilots are still silent, it seems that before the journey, the sons of Kirori Singh Bainsla are fighting on their behalf. What is the meaning of not changing the route of the yatra despite Vijay Bainsla’s open threat of not allowing the yatra to enter Rajasthan?

Overall, Gehlot is currently engaged in both Gujarat’s election campaign and Rajasthan’s Kursi Bachao Abhiyan, so he is not visible in Gujarat the way he was seen here in the last election. Well, there is still ten to fifteen days for the Congress to reach a decision regarding Rajasthan. Rahul Gandhi’s yatra is currently garnering sympathy in Madhya Pradesh.