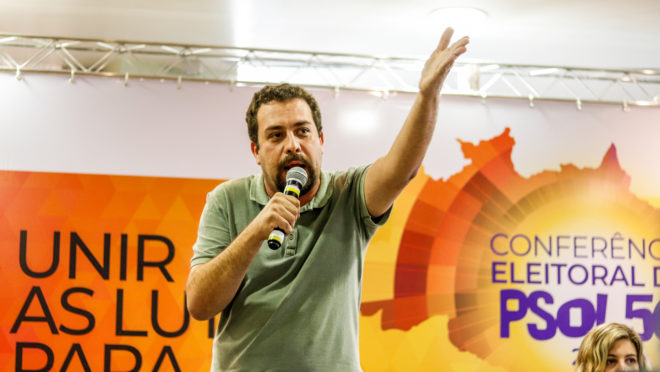 The Psol, the party that made up the coalition of president-elect Luiz Inácio Lula da Silva (PT) and which has representatives in the transition team, produced a report in which it suggests the overthrow of about 200 norms produced by the government of President Jair Bolsonaro (PL ). Petistas affirmed that the Psol survey will be evaluated; Lula himself said during the campaign that he would revoke decisions by the Bolsonaro government.

The “repeal” proposed by Psol included areas such as public security, health, education, environment, indigenous rights and policies for the LGBT population. One of the main focuses is access to firearms, a theme that is a flag for Bolsonaro and his supporters. Other repeal proposals reach norms referring to cases of abortion permitted by law, civic-military schools, “vouchers” for day care centers and the presence of military personnel in positions of trust in the federal administration.

The set of propositions whose elimination is proposed by the Psol contains norms such as decrees, ordinances, normative instructions and resolutions, in addition to plans and manuals prepared by ministries. The norms indicated by the party in the study are the direct competence of the Presidency of the Republic – that is, they were prepared by a president. This means that they can also be overthrown by decision of another president, without needing the approval of Congress or any other instance of public power. But the Psol text also proposes the repeal of constitutional amendments and laws – which would require the approval of deputies and senators.

The document delivered to Lula’s transition team was prepared by the Lauro Campos and Marielle Franco Foundation, from Psol, in partnership with the Rosa Luxemburgo Foundation, from the German party Die Linke (The Left, in literal translation), which has an arm in Brazil since 2003. The foundation of Psol is presided over by Natalia Szermeta, wife of elected federal deputy Guilherme Boulos (PSOL-SP).

PT president, federal deputy Gleisi Hoffmann (PR), told the Poder360 portal that she received the Psol study and that the governmental transition team should use the document for planning Lula’s new administration.

According to the Psol document, the Bolsonaro administration was marked by budgetary, ideological, institutional and public sphere “destruction”. For each of these areas, the party calls for the repeal of a series of norms.

In the budgetary area, the Psol document considers that the current government promoted a “budget cut operation to materially asphyxiate the structures of the State whose function is to guarantee and promote rights”. One of the procedures that the Bolsonaro government would have adopted in this regard would be the consolidation of the “secret budget”, the rapporteur’s amendments to the Union Budget – which do not have transparent criteria for their payment. In this area, Psol suggests repealing two decrees – 10,540 of 2020 and 10,888 of 2021 –, which affect the Access to Information Law and advertising in amendments.

The document also defends, in the budgetary area, the repeal of the Constitutional Amendment to the Expenditure Ceiling, which was implemented in 2016, during the management of then-President Michel Temer (MDB). As it is an amendment to the Constitution, the Spending Ceiling would only fall with the approval of another constitutional amendment – ​​which requires the favorable vote of three-fifths of federal deputies and three-fifths of senators, with voting in two rounds in both the Chamber and the Senate .

The Psol document also proposes the repeal of the Bolsonaro government’s rules regarding the contingency of resources for science, universities, monitoring of forest fires, for daycare centers and for popular housing.

The Psol also proposes the repeal of two “voucher” policies, which consist of granting amounts in cash for people to pay for services that, in theory, could be offered by the State. One of the proposals is to revoke the Citizen Child Aid – which provides for the payment of amounts ranging from R$ 200 to R$ 300 to families that depend on daycare centers. In Psol’s view, direct payment inhibits the State from building day care centers, something the party considers more beneficial.

The PT’s allied party also proposes a “repeal” of norms that, in Psol’s understanding, are “ideological”. At this point, there are decrees referring to civic-military schools, access to firearms, the weakening of commissions that investigate human rights violations committed by the military dictatorship (1964-1985) and the availability of cases in which abortion is foreseen in law.

The Psol also proposes the repeal of norms that, according to the party, would have promoted an “institutional destruction”. In this area, there are norms referring to the dialogue between the different federal entities and which restricted the formation of collegiate bodies or other bodies that, for the party, represent society (as in the case of a series of consultative or deliberative councils). In this area of ​​”institutions”, the party also proposes the repeal of norms regarding the presence of military personnel in positions of trust in the federal government, of the National Literacy Policy (which the party considers to have been authoritarianly imposed)

The Psol also considers that there was an institutional setback in the closure of the More Doctors program (created during the Dilma Rousseff administration and replaced in the Bolsonaro government by Doctors for Brazil) and in the transformation of Bolsa Família into Auxílio Brasil. The party suggests repealing norms related to the new programs – in this case, Lula himself had already committed himself, in the campaign, to resuming Mais Médicos and reestablishing Bolsa Família.

Bolsonaro’s ally understands that “revocation” is an ideological persecution

Federal deputy Diego Garcia (Republicanos-PR) says that Psol’s suggestion to promote a “revocation” of Bolsonaro government rules indicates an “ideological persecution” that would be ongoing against representatives of the right.

“This signal from the president of the PT and who also makes up the transitional government, deputy Gleisi Hoffmann [de que as sugestões do Psol podem ser acatadas], shows the great political shift that can happen with the arrival of Lula to the Presidency. It’s not just a policy change, but an ideological persecution,” says the parliamentarian, a Bolsonaro supporter.

Garcia criticizes the proposal to overthrow the norms that regulate civic-military schools, the National Literacy Policy and the repeal of the Policy for Strengthening Family Links. “I know closely and follow the work that has been done from these initiatives. If these items really enter Lula’s repeal, it will certainly be four years of setback”, he says.

Revocation of norms that characterize an acquired right can be contested

Lawyer Ana Vogado, specialist in administrative law and partner at Malta Advogados, says that there may be challenges in cases in which the “revocation” affects prerogatives that can be interpreted as acquired rights.

It specifically mentions the rules surrounding the carrying and possession of weapons. Ana Vogado points out, however, that recent decisions by the Judiciary indicate that the interpretation that carrying and possessing firearms represent rights that cannot be overturned by a decision by the President of the Republic is unfeasible.