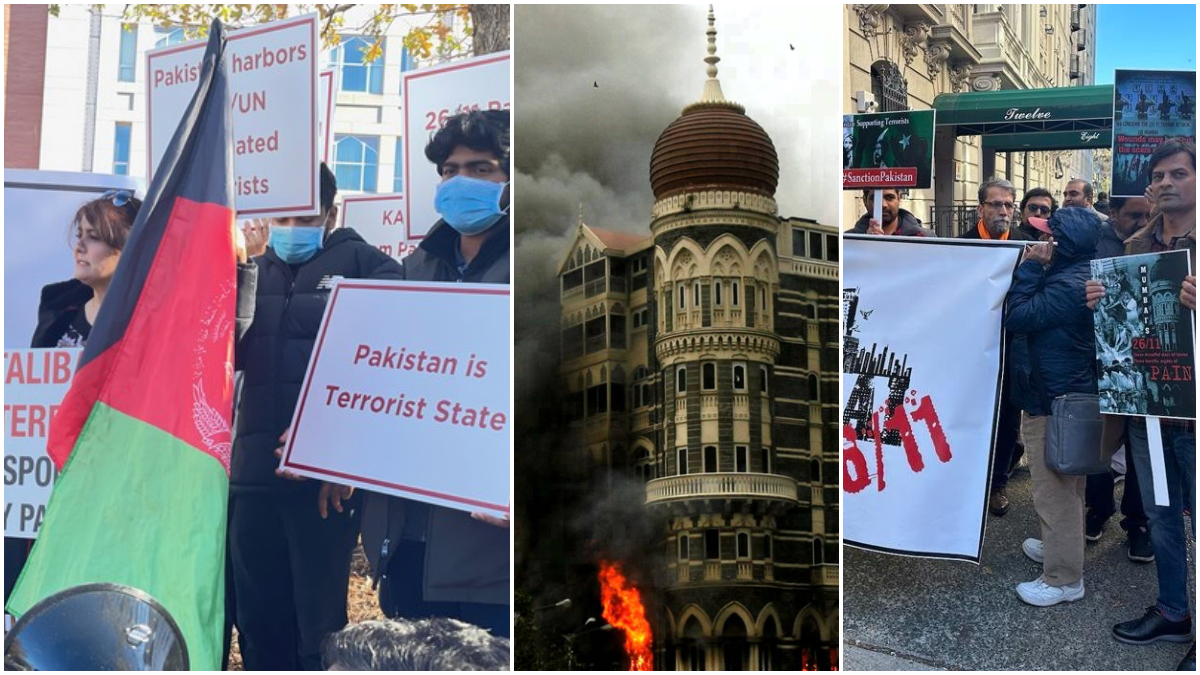 New Delhi : The deadly terrorist attack by Lashkar-e-Taiba in Mumbai that took place 14 years ago shook the entire Mumbai city to its roots. Hundreds of people were killed and many others were injured in this horrific attack. This attack was so terrible that even today people’s soul trembles remembering that day.

Yesterday i.e. on 26th November, this 26/11 deadly terrorist attack completed 14 years. On this occasion, protests were held against terrorists from many countries around the world. The protesters have accused Pakistan of harboring terrorist groups.

26/11 protesters charge Pakistan of harboring terror groups, demonstrate outside Pak embassy in US