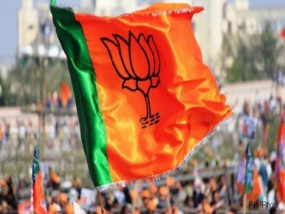 A police officer in Guwahati said a complaint was received from the Bharatiya Janata Yuva Morcha (BJYM) at the Bharalumukh police station, but it has not yet been registered. In their complaint, advocate Priyanku Prathin Parasore and legal co-incharge Abhinav Purkayastha, appearing for the BJYM, said in their complaint that on February 13, while addressing a public meeting at Rayagiri in Yadagiri Bhuvanagiri district, the Telangana chief minister made remarks against the Indian Army for the surgical strike.

The BJYM, in its complaint, said that Rao’s remarks against the army and the government showed disrespect to the country’s sovereign institution and by making such remarks, he had tacitly supported Pakistan’s campaign and propaganda to malign India. The BJYM also submitted a compact disc containing the video clip along with its complaint and urged the Assam Police to launch a thorough investigation and punish Rao as per the law.