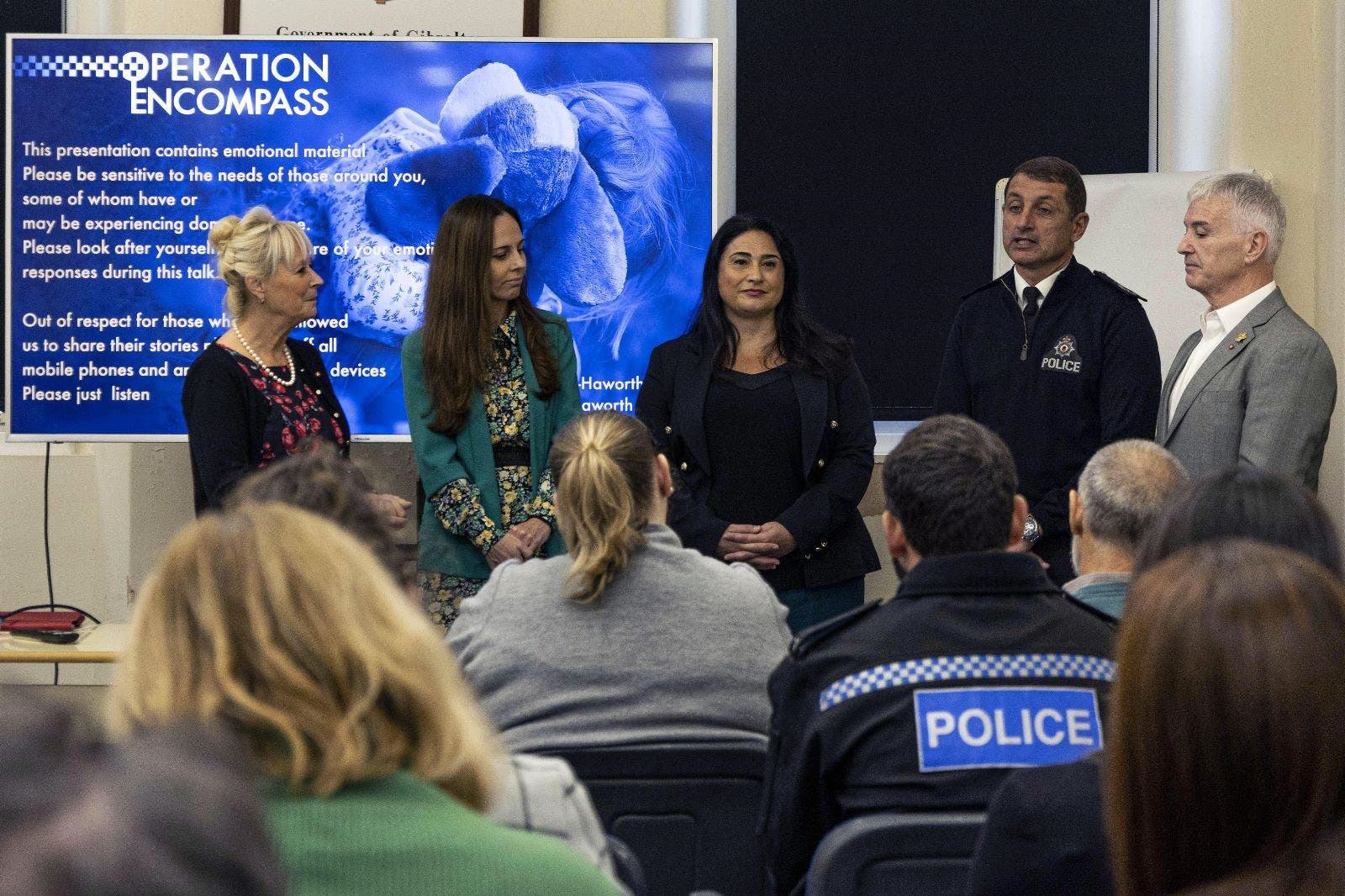 THE co-creators of a UK program to train police officers and schoolteachers work together to help abuse children held workshops this week in Gibraltar.

Minister for Justice Samantha Sacramento led the first of four sessions of the Operation Encompass program this week.

The goal is to train 48 local police officers and 92 teachers on how this scheme operates.

It aims to bring them up to speed with a program that is already part of every police force in England, Wales and Northern Ireland.

David and Elizabeth Carney-Haworth set up Operation Encompass in 2011.

The couple realized that children could be get a lot more support if teachers knew about domestic abuse they might be going through.

The UK’s Department of Education, Home Office and charities all gave the idea their backing.

“We know that Operation Encompass has a huge impact on the lives of children experiencing domestic abuse,” Mrs Carney Haworth said. “We regularly receive reports about how life changing it is.”

What makes the program so effective is that police can get the message across the next day the child attends school.

Minister for Justice Samantha Sacramento, who spearheaded the local project, said that children need to get the chance to ‘break the cycle’ of abuse so they are not held back from a happy life.

“The lasting effects on children who are exposed to domestic abuse can sometimes be left out of the narrative and cannot be underestimated,” she said.

“I want to make sure that children are front and center when considering the impact of domestic abuse.”

“In education, we see the person in each child,” Director of Education Keri Scott added.

“We recognize each learner is an individual, each with their own context, background and needs.”