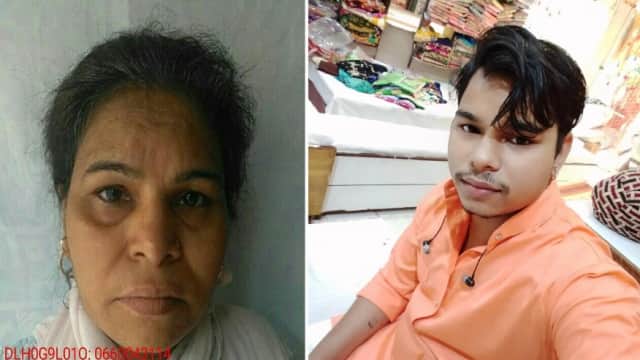 Anjan Das murder case happened about 6 months ago in Pandav Nagar, Delhi has been revealed from CCTV footage and dump data. Crime Branch of Delhi Police had identified the deceased Anjan Das by analyzing the dump data.

During the investigation of this case, it was found that Anjan Das lived with Poonam Devi and her children, who had been missing for a long time. Prior to this, no one had lodged a complaint about Anjan’s disappearance with the police. This is the reason why it took so long for the police to identify the body.

Anjan Das’s head was buried by digging a pit in the field, the killer mother-son revealed

If crime branch sources are to be believed, the clue was found in identifying through dump data. When the police interrogated both the accused, at first they denied having any information, but when the police questioned them strictly citing their location in the CCTV footage, they broke down and accepted the murder.

Accused woman Poonam told that she first gave alcohol to husband Anjan Das after mixing intoxicant pills. When Anjan fainted, with the help of his son Deepak, he was killed by cutting his throat and stabbing him on the chest with a sharp weapon. When all the blood came out of Anjan’s body, the next day the dead body was cut into 10 to 12 pieces with sickle and knife and these pieces were packed in polythene and kept in the fridge. Kept throwing the pieces continuously for three-four days.