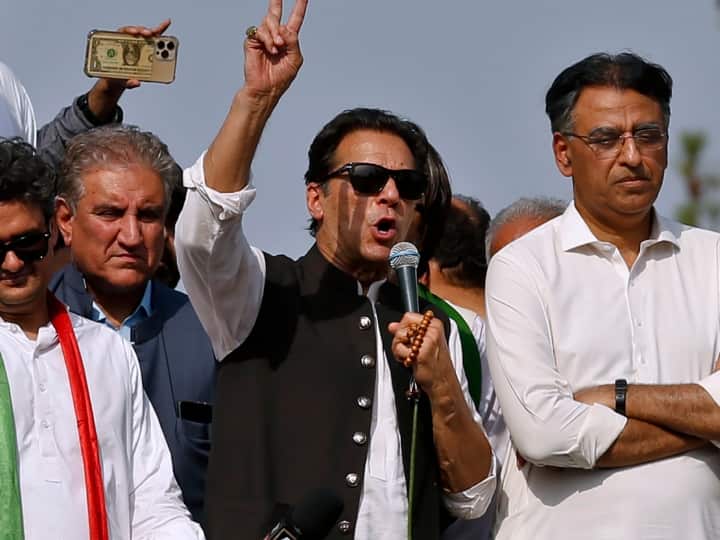 Imran Khan Attacked: Former Pakistan Prime Minister Imran Khan on Saturday (26 November) alleged that “three criminals” involved in the failed attempt to assassinate him earlier this month were on the lookout to target him again.

Addressing a large rally of his party Pakistan Tehreek-e-Insaf in Rawalpindi, Khan said he had a close encounter with death and saw bullets passing over his head during the attack on him. The army also has its headquarters in Rawalpindi. In his first address to party workers after the attack, Khan alleged that “three criminals” were on the prowl to attack him again.

Who was behind the attack?

Imran Khan (70) has repeatedly alleged that Prime Minister Shehbaz Sharif, Home Minister Rana Sanaullah and the head of the ISI’s ‘Counter Intelligence Wing’ Major-General Faisal Naseer were behind the attack on him.

Khan called upon his supporters to be unafraid of the fear of death if they wanted to live freely. “Fear enslaves the whole country,” he said, referring to the Battle of Karbala, where Imam Hussain, the grandson of Prophet Muhammad, and his family members were killed in Karbala because they fought against the tyrannical ruler of their time. raised voice against.

What advice did Imran Khan get?

Imran Khan arrived in Rawalpindi on Saturday (26 November) by a helicopter. A team of doctors was also with him. Former Prime Minister Khan said that when he was leaving Lahore, everyone advised him that he is still injured, so don’t go because it can be dangerous.

‘Give up the fear of death’

Imran Khan said that he went ahead because he had seen death closely. “If you want to live, give up the fear of death,” he said. Khan said the nation stands at a “pivotal point” and a “crossroads” before which there are two ways – one way One is of blessings and greatness while the other way is of humiliation and destruction. He is leading the ‘Long March’ demanding early general elections in the country.