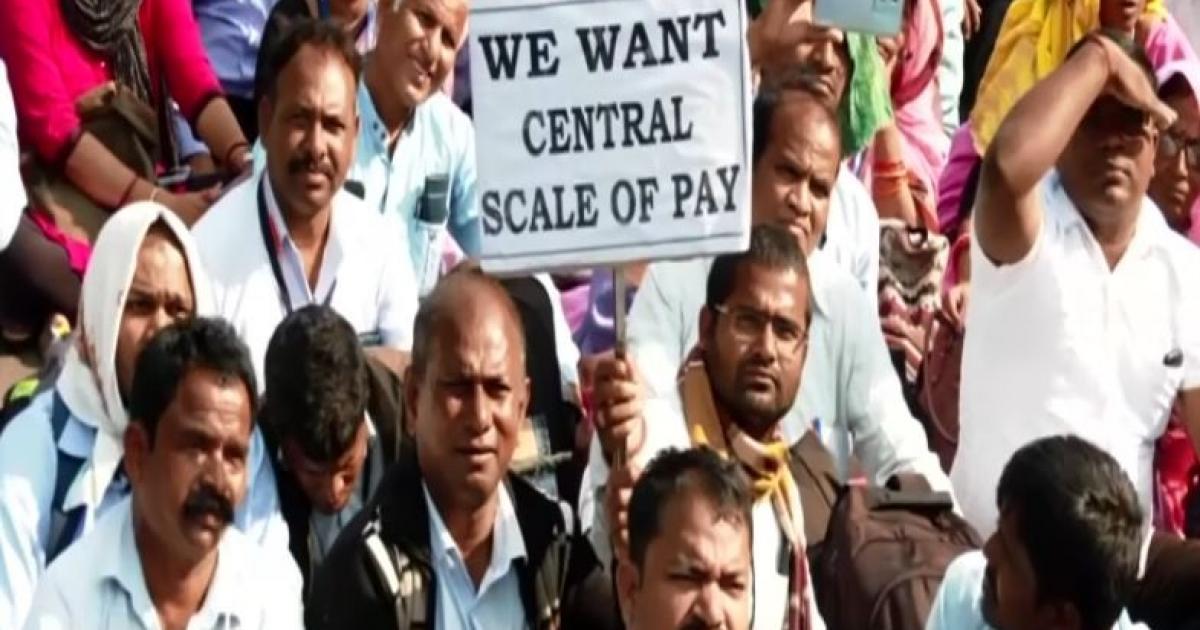 Agitating teachers from Odisha on Sunday protested on Mahatma Gandhi Marg in Bhubaneswar to press for their various demands, disrupting traffic in the area.

The teachers put forth three-point demands, including regularization of their six-year service period, pay at par with the central pay scale and implementation of the old pension policy. It may be noted that in the year 2001, teaching assistants were recruited. From the time of recruitment, he was being given a salary of Rs 1500 per month. These teachers were given the status of regular teachers after six years of service.

The protesting teachers demanded annual increment for teachers who were recruited under contract for six years before regularisation. Along with this, he has called upon the state government to stop the process of restoration on contract basis.

Apart from this, they demanded equal pay to the teachers appointed by the central government.

Some of those teachers said that, despite having the same qualifications as high school teachers, they are paid less.

After nearly four hours of protest, a delegation of agitating teachers met the representatives of the education department at the state secretariat.

According to media reports quoting secretariat sources, the government is currently unable to give any assurance to them due to the implementation of model code of conduct in Padampur assembly constituency.

According to the report of Amar Ujala, the protesting teachers alleged that they were not getting their dues. The first demand of the teachers was to regularize their six-year service period. Along with this, they should also be given an appraisal. The second demand of the Primary Teachers Association was that they should be paid according to the pay scale of the Central Government. The third demand was that the old pension policy should be restored in place of the new pension policy.

The protesting teachers said that the high school teachers were given all the things on time as per their appointment letters by the state government, while nothing happened to the primary school teachers. While they also have the same educational qualification.