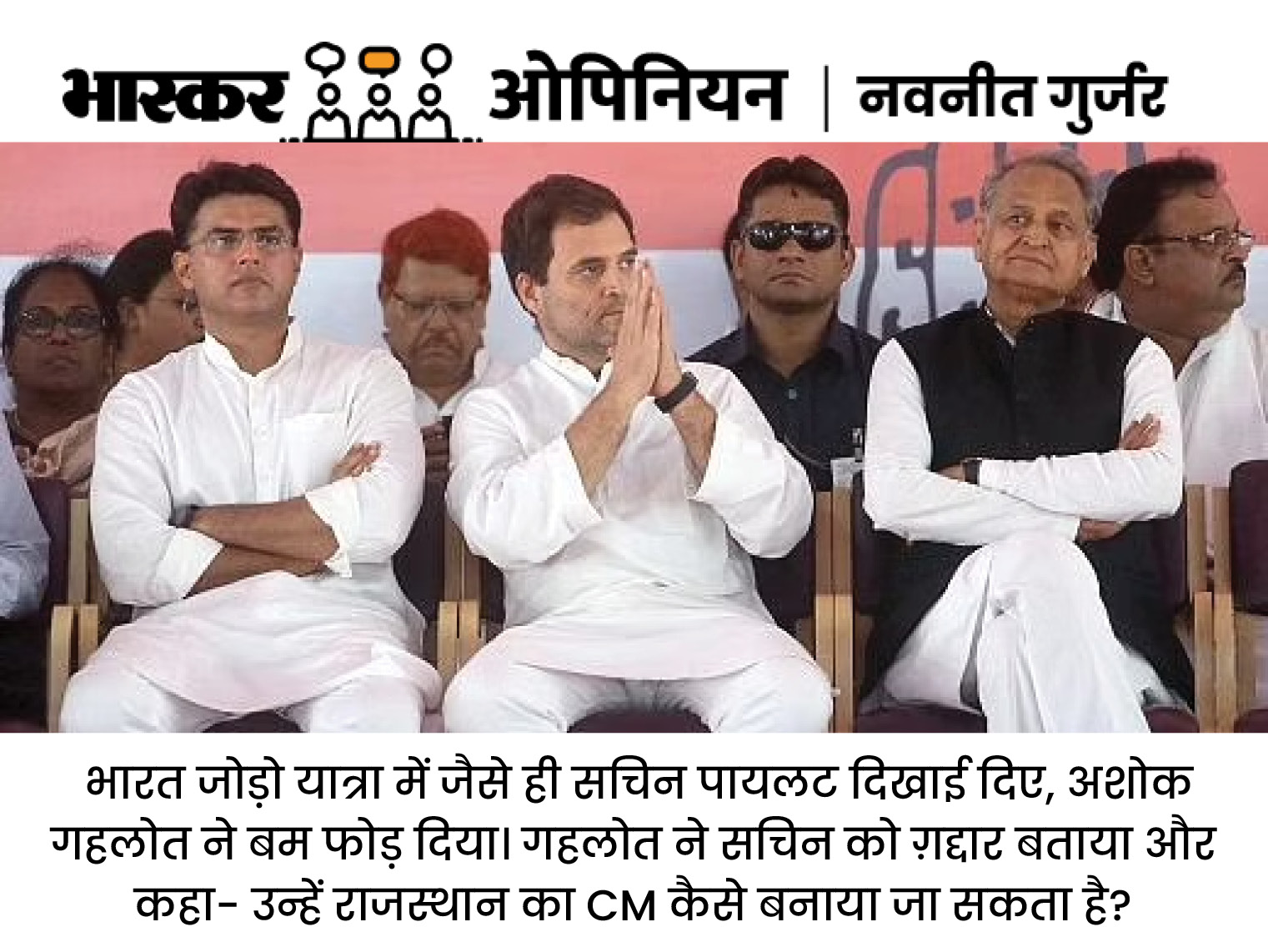 The controversy of Rajasthan Congress has now overshadowed the Bharat Jodo Yatra in some form or the other. Party General Secretary Jairam Ramesh who is constantly accompanying Rahul Gandhi in the yatra is also saying that Chief Minister Ashok Gehlot should not have said what he said. It is about Sunday when the yatra was in Indore.

Jairam Ramesh said that the party needs both Gehlot and young leader Sachin Pilot, as one is very experienced and the other is a young turk. Yet Gehlot was not to use those words. I am surprised to hear those words myself. For the first time, Jairam Ramesh clarified some things regarding the Rajasthan dispute, from which some clear indications are being given.

He said- The party leadership is thinking seriously in the matter of Rajasthan. Also said that I cannot tell the time, but some tough decisions will definitely be taken in this matter. The simple meaning of a harsh decision is that it will be against the Gehlot camp. It is not yet clear at what level these decisions will be made.

In fact, the resignations of the MLAs of the Gehlot camp have been kept with the Speaker till now. In such a situation, if a decision is taken to change the leadership of the government in Rajasthan, then all these resignations can also be accepted.

If this happens, the government may also fall before time. At least at this time when there is not even a full year left for the state assembly elections, then the party would not want to lose its government.

Gehlot’s bold statements are also saying that he has a trump card of resignations of MLAs, in such a situation nothing can harm his government. Although the party leadership is not liking this bullying of Gehlot, but the high command does not want to take any risk in such a situation.

However, it is certain that if the matter is not resolved before Rahul Gandhi’s visit to Rajasthan, then the dispute is going to increase. May be the solution for the time being is that the Sachin Pilot camp should be asked to remain calm till the yatra is over and they should remain calm.

Although there is no scope for peace with the kind of frank statements that are being made, but one can only hope.

It is noteworthy that as soon as Sachin Pilot appeared in the Bharat Jodo Yatra near Burhanpur in Madhya Pradesh, Gehlot had exploded the bomb. Actually, Gehlot had said in an interview about Sachin that he is a traitor, how can he be made the Chief Minister of Rajasthan?