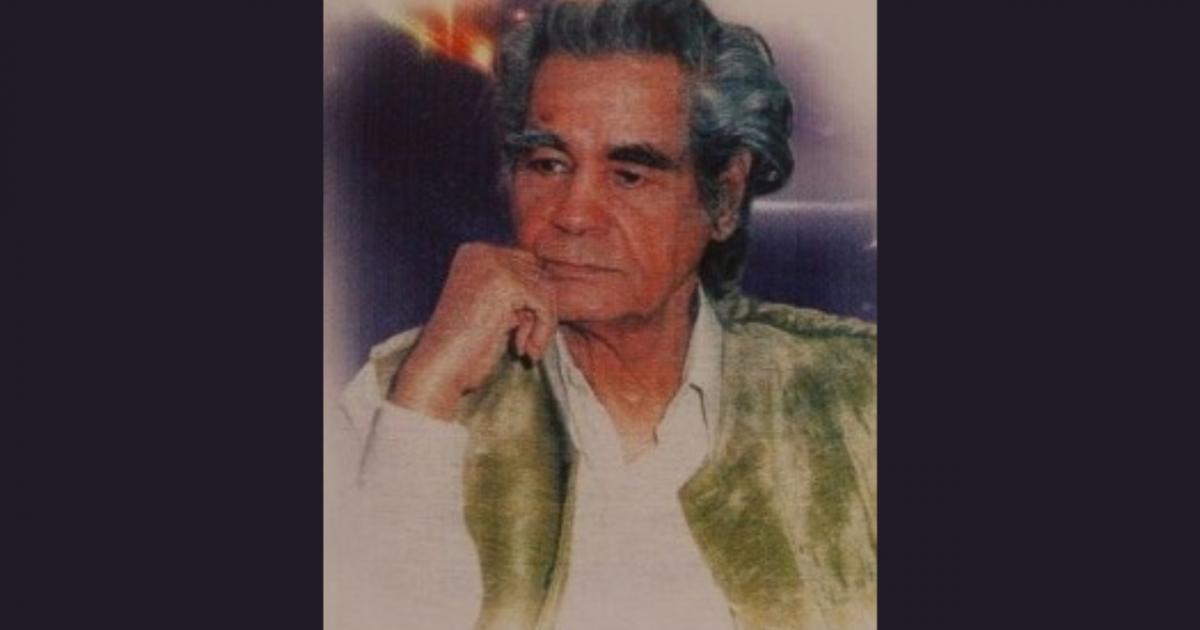 November is the month of birth of progressive poet Ali Sardar Jafri. In one of his poems, he mentions this in the following way, “November is my song, it is my month Bar human always came.

Ali Sardar Jafri is not the name of a single person, but the name of a whole Ahad and Tehreek. His literary work, participation in political-social movement and all the tahrirs prove this fact.

He was not only an ardent writer, a revolutionary poet, but he also took an active part in the freedom movement of the country. Ali Sardar Jafri was one of the founders of the progressive Tehreek and he remained associated with this Tehreek till the last moment.

Famous short story writer Krishna Chander used to see his greatness as the hammer and sickle, the symbol of the Communist Party. They even used to say about him, “His face has the mark of a sickle and a hammer.”

Even in the eyes of Sajjad Zaheer, Sardar Jafri had a great status and respect. Zaheer thought about him, “Sardar is the Shamshir-e-Beniyam of our Tehreek.”

Ali Sardar Jafri had dedicated his entire life to the cause of culture and movements. Be it the movement for freedom, workers-laborers’ sit-in demonstrations, students’ movement or the movement of writers, he was always present in all these movements.

Ali Sardar Jafri’s struggle was not limited to the independence of the country, after independence he fought a different battle. This fight was for the democratic values, secularism, socialism, national unity and integrity of the country. To save the country’s rich heritage and Ganga-Jamuni culture.

Poet-Naghma Nigar Nida Fazli has said a lot about Ali Sardar Jafri in one of her articles, “Sardar Jafri was a Muslim by name, but was a secular Hindustani by his work.”

When Sardar Jafri wrote his first poem ‘Samaj’, it seemed as if he had decided the whole direction of his culture, “How long will life be entangled in desires / How long will the poor be wooed by giving toys / The new glasses are stone Boiling with anger / How desperate is the world to change its course.

Ali Sardar Jafri had sympathy for the working class since his childhood. He had seen the exploitation of farmers in the feudal system of Awadh. He used to say, “Whether the laborer is a farmer working in the open environment of the farm or a laborer working in the chaff of the mill, they are exploited everywhere. The most sad thing is that even child labor has not been spared from this exploitation.

It was this revolutionary thinking of Ali Sardar Jafri that he later became an ardent member of the Communist Party. Due to the movement against the British rule and anti-imperialist poems, he had to go to jail many times.

In the poetry of Sardar Jafri, many times the idea used to dominate so much that some poets who used to do romantic-Ishqiya poetry had objections even on his being a poet. But even after these criticisms, Jafri did not change the theme and style of his poetry. He wrote what felt right in his heart. Wrote on those issues and issues too, which poets do not consider to be the subject of Ghazal or Nazm. For example, take a look at his Ashra, “Glistening silver emerges from the cow’s udder / The pans blackened by the smoke are also laughing from the lips of the sparks.”

Ali Sardar Jafri is a revolutionary poet by temperament. He wrote mostly nazms instead of ghazals and his class consciousness is clearly visible in these poems. “Mother is in the silk mill / Father is busy in the cotton mill / Ever since the mother has come out of the womb / The child is in the black heart of Kholi / When he leaves here / Will be useful to the mills For the sake of a helpless stomach / will increase the appetite of Sarmay.

Sardar Jafri looks at political and social issues from a realistic perspective. He kept an eye on the developments around the world. Therefore, wherever something goes wrong, injustice and oppression happens to someone, his pen starts spewing fire.

In the poem ‘Nai Duniya Ko Salaam’, he mentions the importance of hard work and hardworking people with these words, “Round like the moon and hot like the sun / Ah, these breads are not cooked in the sky / These are made by human hands.” Takhliq/the fruit of his centuries of hard work.” In his political masnavi called ‘Jamhoor’, he gives voice to the farmers and laborers and writes,” We are the voice of the lips of the Messiah/the sound of the chest of love on our tongue. It is the crown of hard work / We have taken the rent from the land.

Many such poems will be found in Ali Sardar Jafri’s first poetry collection ‘Parwaz’, which came in the year 1944, in which Akkasi is not the only one of the plight of farmers and laborers, but at the end of these poems, he also gives them a voice for revolution. .

Sardar Jafri knew very well that if there is to be democracy in the country, it would be possible only on his own strength. Ali Sardar Jafri also openly opposed religious ostentation, conventions and rituals in his poetry. “Religion has sucked the blood and enjoyed God’s religion/Pirane Kuhan ne Parsai’s trap has been laid.”

Pick up any book of poems by Ali Sardar Jafri, you will definitely find revolutionary poems in them. Not only this, due to political awakening, whenever there was a big event in the country and the world, Ali Sardar Jafri would definitely mold it in his nazm.

In his poems like ‘Baagavat’, ‘Ahde Hazir’, ‘Imperial Battle’, ‘Inquilabe Rus’, ‘Mallah Ki Bagavat’, ‘Fareb’, ‘Salabe China’, ‘Jashne Bagavat’ etc., he raised the big questions of his time. Is. In fact, he never shied away from the problems around him, but looked them in the eyes.

The name of Ali Sardar Jafri is also counted among those outspoken personalities of the country, who were great supporters of Indo-Pak friendship and did a lot of work for this friendship. Apart from making several goodwill visits to Pakistan, he made efforts to bring the politicians and people of both the countries together. His poem ‘Guftagu’ is written in this context, “Guftagu nahi band ho / Baat se baat chale / Subah shame shame mulatak chale / This starry night laughs at us /…… hand in hand Took all the places with us / Tohfah-e-dard took the gift of love / We will pass through enmity with the passers-by / We will cross the rivers of blood.

And in his another poem ‘Ahmad Faraz Ke Naam’, he says, “Your hand is extended, which is for friendship / For me, it is the hand of a friend-gumgusar / That hand has branches-gules-gulshane-wishes/ My hand is smelling of spring’s hand/…..make this promise that there are as many tools as war/they have to be erased and mixed into dust/make this promise that as many tools as war are there/we have to teach them decency and humanity ”

Ali Sardar Jafri was a true justice lover and human-friend poet. He always advocated humanity and brotherhood in his poetry. His poetry is a great example of human friendship and humanity. His poems, ghazals, all the poems and speeches instill a new hope in our hearts. There is a message in them for the needy. This great poet spent his entire life in fighting for the rights and justice of the oppressed and toiling human beings. Gave voice to their sorrows and problems in their poems and ghazals. Sardar Jafri may not be among us today, but he will always be alive in his poems and ghazals. I go.

(The author is a freelance journalist.)