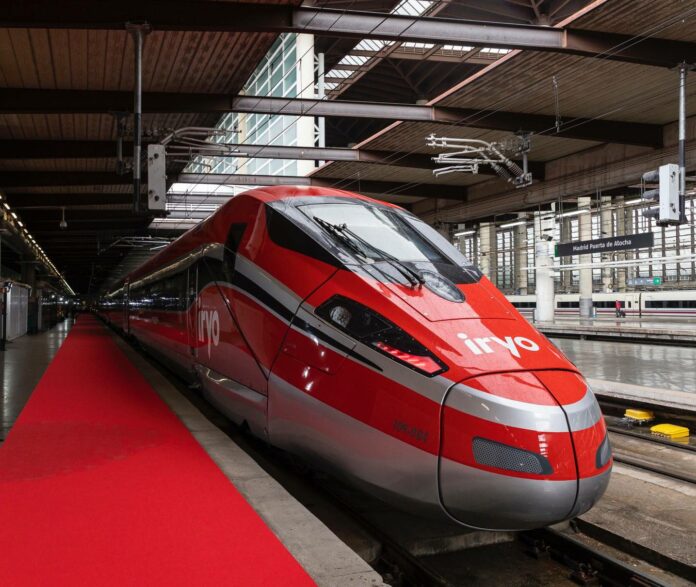 Spain´s has become the first country in Europe to have the highest options of trains services after the introduction of a new hi-speed train known as Iryo. According to a report by the CNNIryo made his first journey on Friday, November 25 between Madrid, Barcelona and Zaragoza.

The company will further commence the service in Madrid, Cuenca and Valencia from December 16 onwards. The report also said, more routes connecting Seville, Malaga, Cordoba, Antequera and then Alicante and Albacete will be introduced in 2023.

The high-speed train service has been launched by Italian state railway operator Trenitalia, Spanish infrastructure company Globalvia and Air Nostrum, a Spanish airline. Over 20 trains with a capacity to travel at 223 miles per hour have been brought by the company to Spain. The report said, With the introduction of Iryo, the company will operate over 30% of Spain’s high-speed train services and aims to transport over eight million people per year.

With this new entry in Spain, Iryo will be competing against two other companies. This includes the State carrier Renfe´s Avlo and French owned Ouigo which were both launched in 2021.

The prices for Iryo prices start from just from €18 for a trip between Barcelona to Madrid.