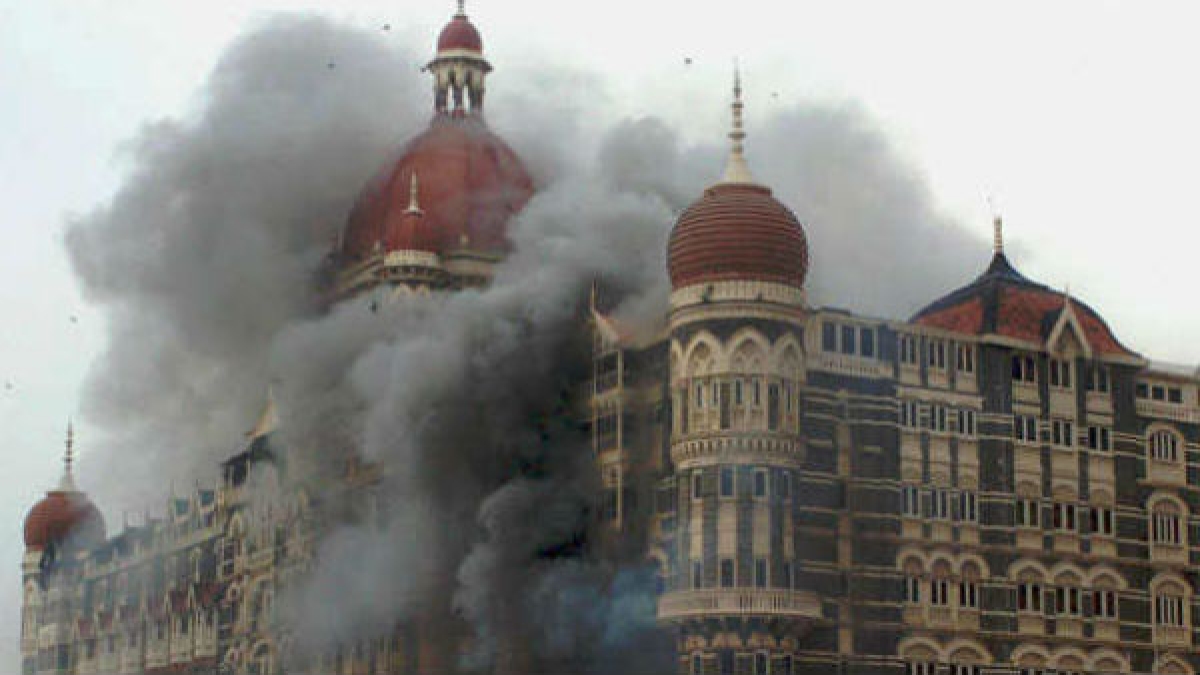 Fourteen years ago, 26 November 2008, this date is that dark day in the history of independent India, which the country can never forget. Such memories are associated with this day, which is quite painful and frightening. In fact, on this day 14 years ago, ten Pakistani terrorists attacked Mumbai, killing over 160 innocent people while injuring over 300. Following the attack, several leaders including then Maharashtra Chief Minister Vilasrao Deshmukh and Union Home Minister Shivraj Patil tendered their resignations.

The attack was carried out by Lashkar-e-Taiba terrorists who targeted crowded areas including Chhatrapati Shivaji Maharaj Terminus, Taj Mahal Palace Hotel, Hotel Trident, Nariman House, Leopold Cafe, Cama Hospital and opened fire on people. Initially no one had any idea that the attack was so big.

While fighting against this terrorist campaign, on the night of 26th November itself, several top officers of Mumbai Police, including Hemant Karkare, chief of the Anti-Terrorism Squad, were also martyred. Let’s know the complete story of 26/11 Mumbai Attacks.

How did terrorists reach India?
On the night of 26 November 2008, 10 terrorists of the terrorist organization Lashkar-e-Taiba entered India through a boat on the Colaba beach from Karachi city of Pakistan. These terrorists entered Mumbai with state-of-the-art weapons by sea.

To dodge the Indian Navy on the way, the terrorists hijacked an Indian boat and killed all the Indians aboard. They had also made their appearance such that anyone including the Indian Navy would consider them as Indian fishermen. However, some locals of Colaba got suspicious about him, after which they informed the police but no one paid much attention to it.

attack on chhatrapati shivaji maharaj terminal
As soon as they entered Mumbai, these terrorists were divided into several groups. Two of them entered Trident, two at Taj Hotel, four at Nariman House, and Kasab and his accomplice entered Chhatrapati Shivaji Maharaj Terminal and started firing openly there.
At least 58 people were killed and more than 100 were injured at Chhatrapati Shivaji Maharaj Terminal itself. The attack was first reported at around 9:20 pm. Kasab and his accomplice created a ruckus here for about 90 minutes.

attack on leopold cafe
Around 9.40 pm, four terrorists attacked Leopold Cafe. According to official figures, 10 people were killed in the shooting at Leopold Cafe. The attack lasted between 10 and 15 minutes. The terrorists also blew up two taxis, killing five people and injuring 15.

31 people were killed in the attack on the Taj Mahal Hotel
After this, information about the attack on the Taj Mahal Palace Hotel started pouring in. Here the terrorists first attacked around the swimming pool and then opened fire inside the bar and restaurant. The terrorists had entered through the front door of the hotel and started firing while throwing grenades. During this he killed 31 people. They detonated bombs under the central dome of the hotel, which started a massive fire, which then spread to the upper floors of the Taj.

kasab caught alive
In retaliation for this attack, 9 out of 10 terrorists were killed, but the name of one terrorist who was caught alive was Ajmal Kasab. Actually, Kasab and Ismail Khan targeted Cama Hospital during the attack. On the way he had an encounter with the Mumbai Police including Ashok Kamte, Vijay Salaskar and Mumbai (ATS) chief Hemant Karkare. Tukaram Omble along with Hemant Karkare were martyred in this action. On the other hand, Ismail Khan was on the run but was shot dead by the Mumbai Police and Ajmal Kasab was taken into custody alive.

During the investigation, he told that he is a resident of Pakistan and Pakistan was directly involved in the planning of the entire attack. Kasab was sentenced to death by the court and was hanged on 21 November 2012. His body was buried in Pune’s Yerwada Jail.

formation of NIA
After the Mumbai terror attack, a strong agency to investigate terrorism related cases came into existence. The government passed the National Investigation Agency Act-2008 to create a strong investigative agency, which came to be known as the NIA.