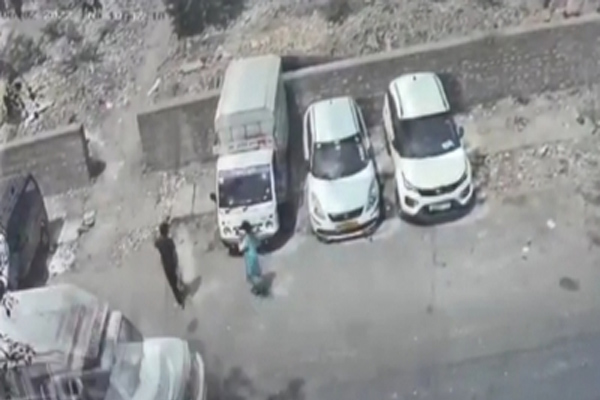 
New Delhi . In yet another gruesome incident like Shraddha Walker’s heinous murder, the Crime Branch of Delhi Police has arrested a woman and her son for allegedly killing her husband. It is being told that after the murder, the accused cut the body into 10 pieces and threw those pieces in the drain of New Ashok Nagar and near Ramlila Maidan in Pandav Nagar.

According to the police, the murder took place on May 30 and six body parts have been recovered so far, while the missing remains are being searched.

The accused have been identified as Poonam and her son Deepak.

Sources said that after dismembering the body of Anjan Das, the duo stored the body parts in their refrigerator and started disposing of them slowly.

Police said that after a foul smell was noticed at Ramlila Maidan on June 5, the police inspected the premises and recovered human organs.

Special Commissioner of Police (Crime) Ravindra Singh Yadav said, during searches in the area for three to four days, the police recovered several body parts, including the head. However, the body was unidentified, following which a case under relevant sections of IPC was registered at Pandav Nagar police station and investigation was initiated.

Police teams spoke to nearby residents and asked them if anyone was missing, but to no avail. The CCTV footage was scanned but nothing concrete was found. It seemed to be a blind case.

Yadav said that after house-to-house checking by police teams, the body could finally be identified.

Poonam was kept under watch after her husband was found missing for the last 7 to 8 months and no complaint was filed.

In the CCTV cameras installed in the neighborhood, Deepak was seen roaming around late at night with a bag in his hand. His mother Poonam was seen behind him.

Police said they were caught on CCTV cameras several times while disposing of the bodies in plastic bags.

When both were interrogated, they confessed their crime.

During interrogation, it was revealed that the mother-son had conspired to kill the victim in March and then on May 30, after mixing sleeping pills in alcohol, both of them stabbed her to death with a knife and a dagger. Several parts of the body were cut, including the neck.

Then they started disposing the body pieces near Ramlila Maidan. Some parts of the body were thrown into the New Ashok Nagar drain.

According to the police, Poonam alleged that her husband had illicit relations and was eyeing Deepak’s wife as well, he even sold her jewellery.

Yadav said, Poonam, a native of Bihar, was first married to Sukhdev Tiwari. After some time, Sukhdev came to Delhi and while searching for him, Poonam also came to Delhi, but could not find anything about him. After some time, Poonam marries Kalu in Delhi and the two have a son, Deepak. Kalu died due to liver failure. In 2017 she married Anjan Das.

The victim, a resident of Kalyanpuri, worked as a lift mechanic and had eight children in Bihar.

Police said the body parts have been sent for DNA and the victim’s family members in Bihar are being contacted to collect DNA samples for testing.