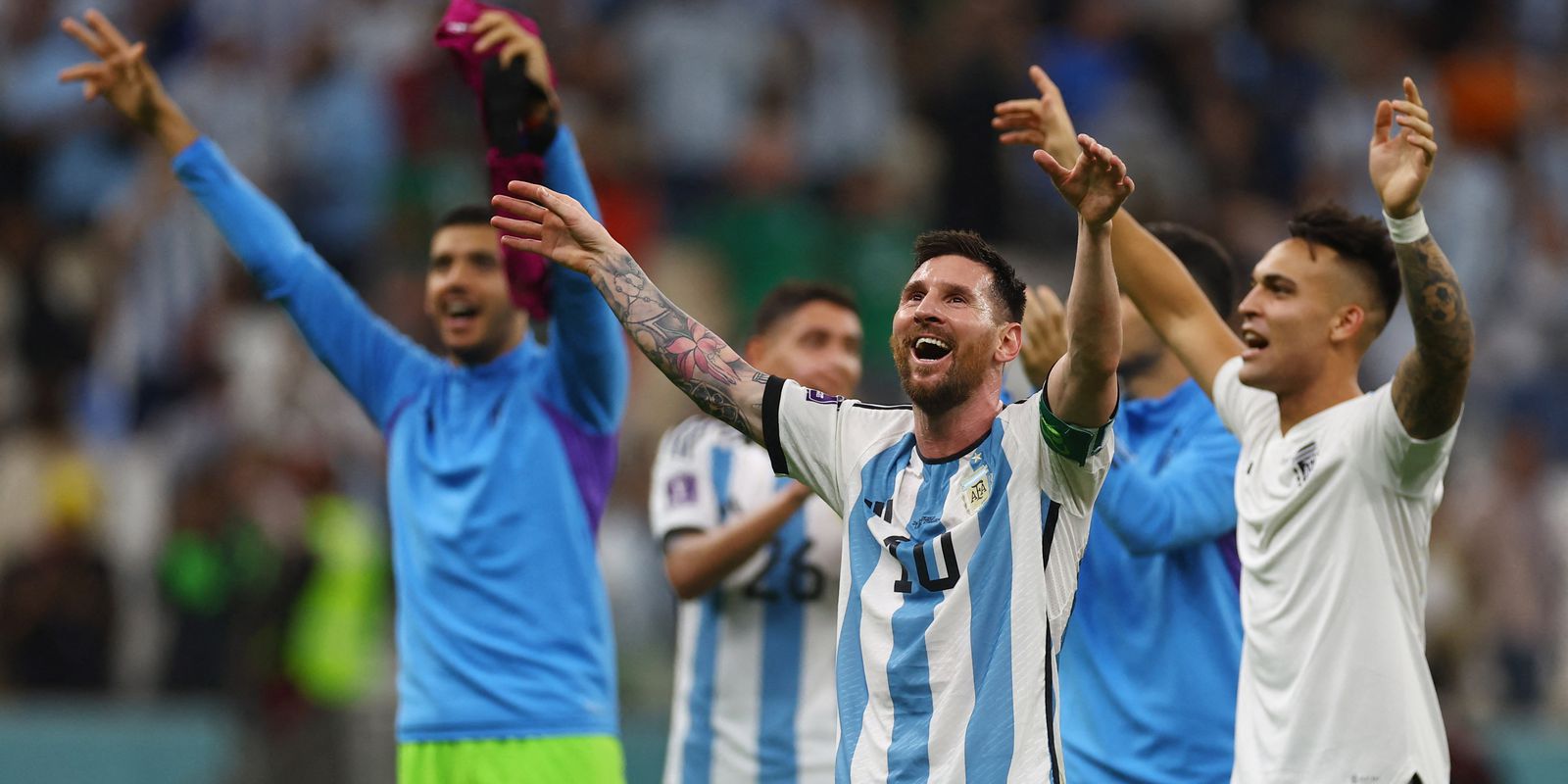 With goals from Lionel Messi and Enzo Fernández, Argentina overcame Mexico by 2-0, at the Lusail stadium, this Saturday (26), in the second round of the Qatar Cup. The result leaves the South American selection in second place in Group C, with three points, one less than the leader Poland. Despite this, the group remains tangled up, as all selections in the bracket still have mathematical chances of qualifying for the round of 16.

Despite the greater possession of the ball (67%), Argentina did not manage to turn this advantage over the Mexicans into goals in the insipid first half. The panorama was repeated in the final stage until Lionel Messi hit goalkeeper Guillermo Ochoa’s nets, with a low and crossed shot from outside the area. At the age of 35 and participating for the fifth time in a World Cup, Messi equaled Maradona in number of games (21) and goals (eight) in the competition.

#Qatar2022 🎙 Enzo Fernández: “I’ve always dreamed of playing with this shirt, and today I fulfilled the dream of scoring a goal in a World Cup”. pic.twitter.com/BPMM2w97qL

However, the most beautiful move of the match went to the young Enzo Fernandéz, just 21 years old. The Benfica (Portugal) midfielder received the ball inside the penalty area, dribbled the marker and scored a great goal in the corner, with no chances for Ochoa.

The definition of Group C will take place next Wednesday (30), at 4 pm (Brasília time), when simultaneously Argentina (three points) will face the leader of the group Poland (four points), and Saudi Arabia (three points) face Mexico.