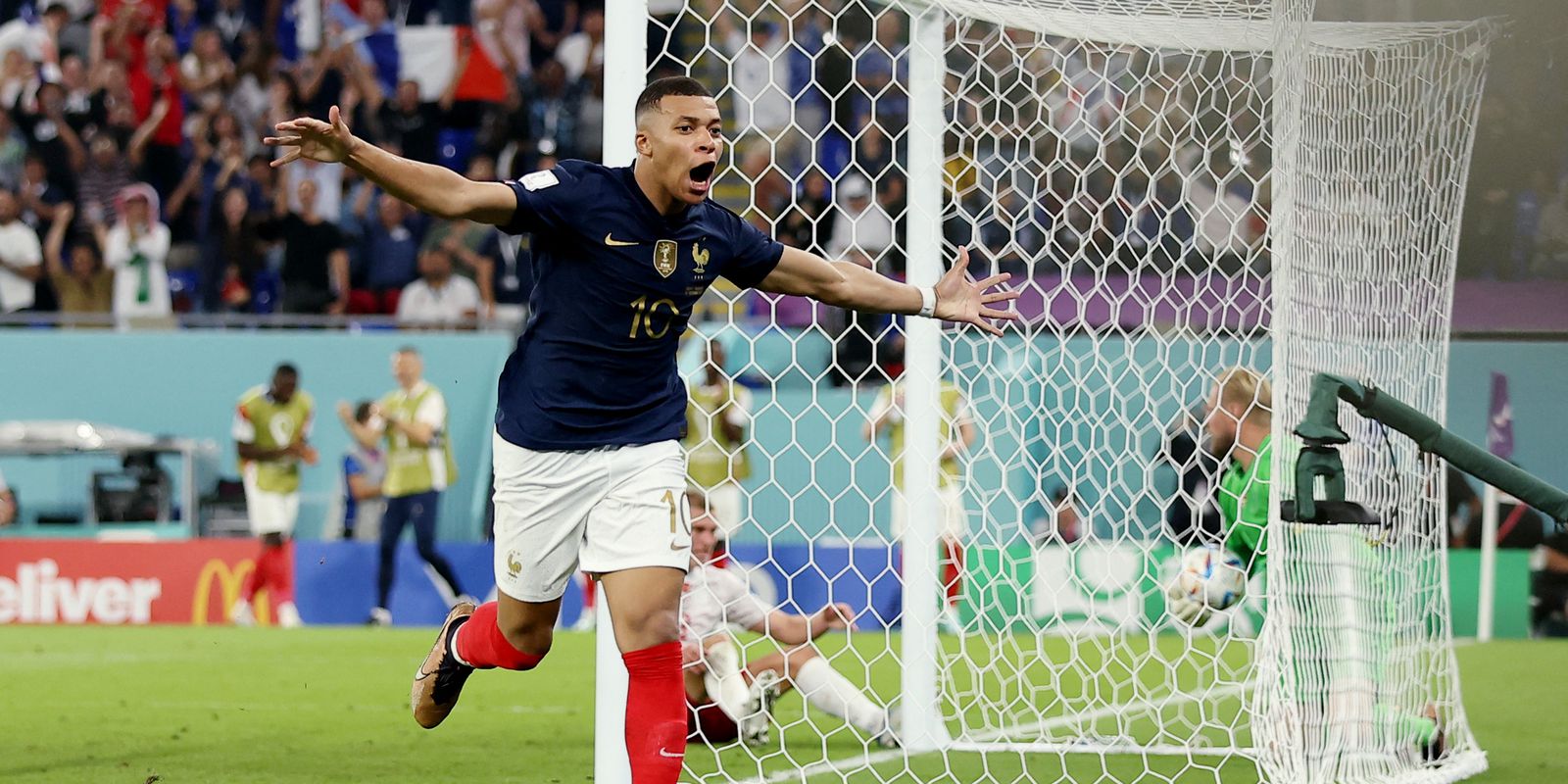 Current world champions France are the first team to mathematically confirm their passage to the round of 16 of the Qatar Cup. Le Bleus beat Denmark by 2-1 in group D. Author of two goals for France Kylian Mbappé became the country’s second highest scorer in World Cups, with seven goals in nine games played. The number 10 of Paris Saint-Germain (PSG) surpassed Thierry Henry and is only behind Just Fontaine, who scored 13 times in the World Cup in Sweden, in 1958. In the overall French artillery, the 23-year-old ace equaled Zidane with 31 goals.

Who said that the current champion doesn’t pass the stage? THE #FRA beat Denmark and were the first team to secure a place in the round of 16!

The 42,860 present at the 974 stadium only saw the score move 15 minutes into the second half, when Mbappé started on the left, equalized with Theo Hernández and corrected, at first, for goalkeeper Kasper Schmeichel’s net.

Playing clearly to draw, Denmark managed to equalize with Andreas Christensen, header, after a corner kick on the right side.

Thanks to @KMbappe‘s brace, les Bleus beat Denmark and qualify for the last 16 after the second group game 🙌#FiersdetreBleus pic.twitter.com/WEBiyuZia3

With just five minutes left for the end of regular time, Kingsley Coman gets rid of the marking and plays for Antoine Griezmann to cross in the small area. Mbappé appears at the back of the defense and deflects with his knee to score the French winning goal. 🇧🇷

As they thrashed Australia in the debut (4-1), France reaches six points and plays against Tunisia, next Wednesday (December 1st), to define whether to advance to the round of 16 in first or second place in the Group D. The other place in the group is up for grabs for Australia (3 points), Denmark and Tunisia, who have only 1 point each.