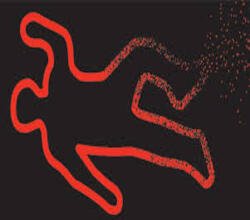 Bahadurgarh The loving couple committed suicide by consuming poison in the hotel room. A suicide note has also been found from the room, in which both have blamed themselves for their death. As soon as the information about the incident was received, the Sector 6 police station reached the spot and started investigating the matter by taking possession of the dead bodies. The incident is of Alcaja Hotel located on Delhi Rohtak Road in Bahadurgarh.

The deceased have been identified as Jitendra, a resident of Sarai Aurangabad in Bahadurgarh and his girlfriend Poonam, a resident of Naya Bans. Both had reached Alcaja Hotel late on Thursday night. Both were staying in room number 307 of the hotel, where both swallowed the poisonous substance during the night itself. After consuming poison, Jitendra called the hotel reception and told that both of them had consumed poison and their health was deteriorating.

After which the hotel staff took both of them out of the room and immediately took them to the civil hospital in Bahadurgarh. Where in view of his critical condition, he was referred to Rohtak PGI, but during treatment, first Jitendra and then his girlfriend Poonam died.

After getting the information of the incident, Bahadurgarh Sector 6 police station reached the spot. The forensic team was also called and evidence was also collected from the spot. Police have found a suicide note kept inside the room, in which both have told themselves responsible for their death.