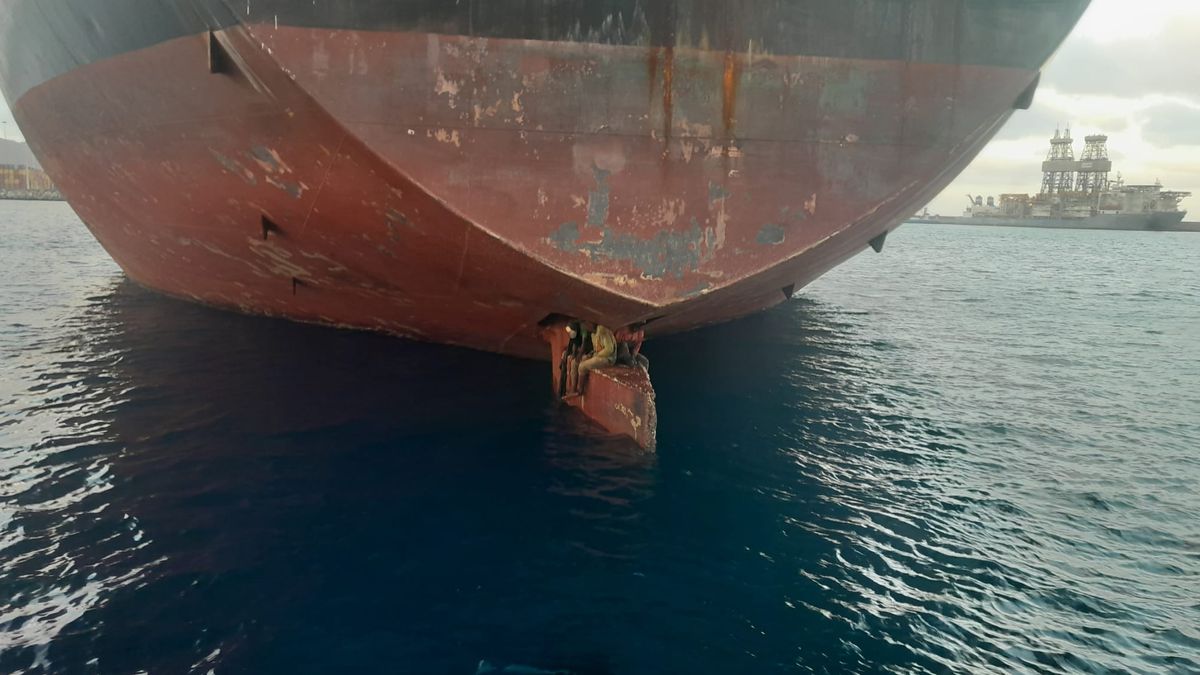 Three men of sub-Saharan origin have been hospitalized with moderate dehydration after surviving an 11-day crossing of the Atlantic sitting on the rudder blade of an oil tanker, from the port of Lagos, in Nigeria, to Las Palmas de Gran Canaria.

The three have been rescued this Tuesday by Maritime Rescue in the port of the capital of Gran Canaria, after being sighted in the hull of the ship, with barely half a meter from their feet to the water. The place where they were found is a small space located in the upper part of the rudder blade, under the stern, out in the open and at the mercy of any blow of the sea.

The emergency medical assistance gave them first attention at the sports dock, as soon as they disembarked ashore, but two of them were immediately referred to the Doctor Negrín Hospitals and another to the Insular, a spokeswoman for 112 of the Canary Islands has said.

The three were traveling in the tanker Alithini IIflying the Maltese flag, which departed from Lagos on the 17th, according to data on its route collected by maritime tracking portals Vesselfinder.com Y marinetraffic.com.

It is not the first time that stowaways have been detected in the port of Las Palmas de Gran Canaria in such a dangerous place on the ship: in November 2020, three other people were found on the rudder blade of the Ocean Princess II, a tanker from Saint Vincent and the Grenadines; and a month before, another three in the Champion Pula, another tanker from Norway. The two ships had left Lagos.