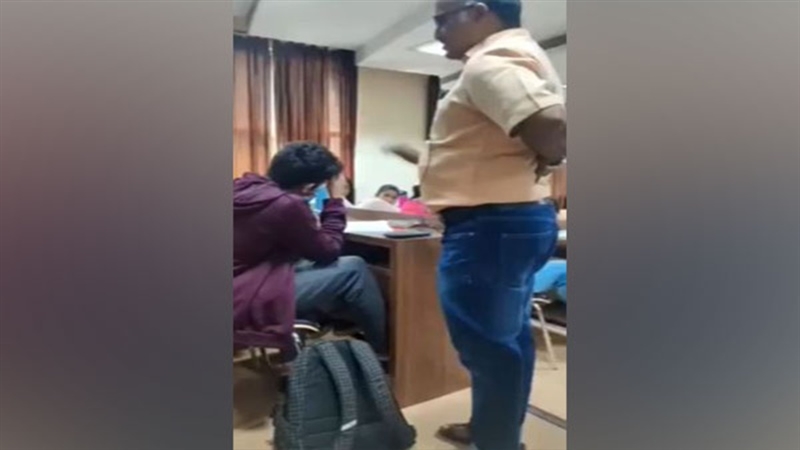 Manipal University terrorist row: A teacher at Karnataka’s Manipal University was suspended for calling a student a “terrorist” during class. The video of this teacher has gone viral on social media. This incident is of Friday. When the professor reportedly asked the student his name, he gave his name as Usman. Upon hearing the name Muslim, Shikshak said, “Oh, you are like Kasab!” The student got enraged at this and had a heated argument with the teacher. The student said, “26/11 was not a joke. Being a Muslim in this country and having to face all this every day, you can’t make fun of my religion sir. You can call me a terrorist.” Can’t call. Would you like to speak to your son?”

Let us tell you that Ajmal Kasab, the only Pakistani terrorist caught alive after the 26/11 Mumbai attacks, was hanged in 2012. When the teacher compared the Muslim student with Kasab, he was enraged. In the video, the student can be heard asking the professor, “How can you call me like that? In front of so many people? in class. You are a professional, you are teaching.” Later the professor tried to deflect the joke and tried to pacify the student. On the other hand, the institute has ordered a departmental inquiry and the teacher has been barred from taking classes till the completion of the inquiry. At the same time, all kinds of comments are coming against the teacher on social media.