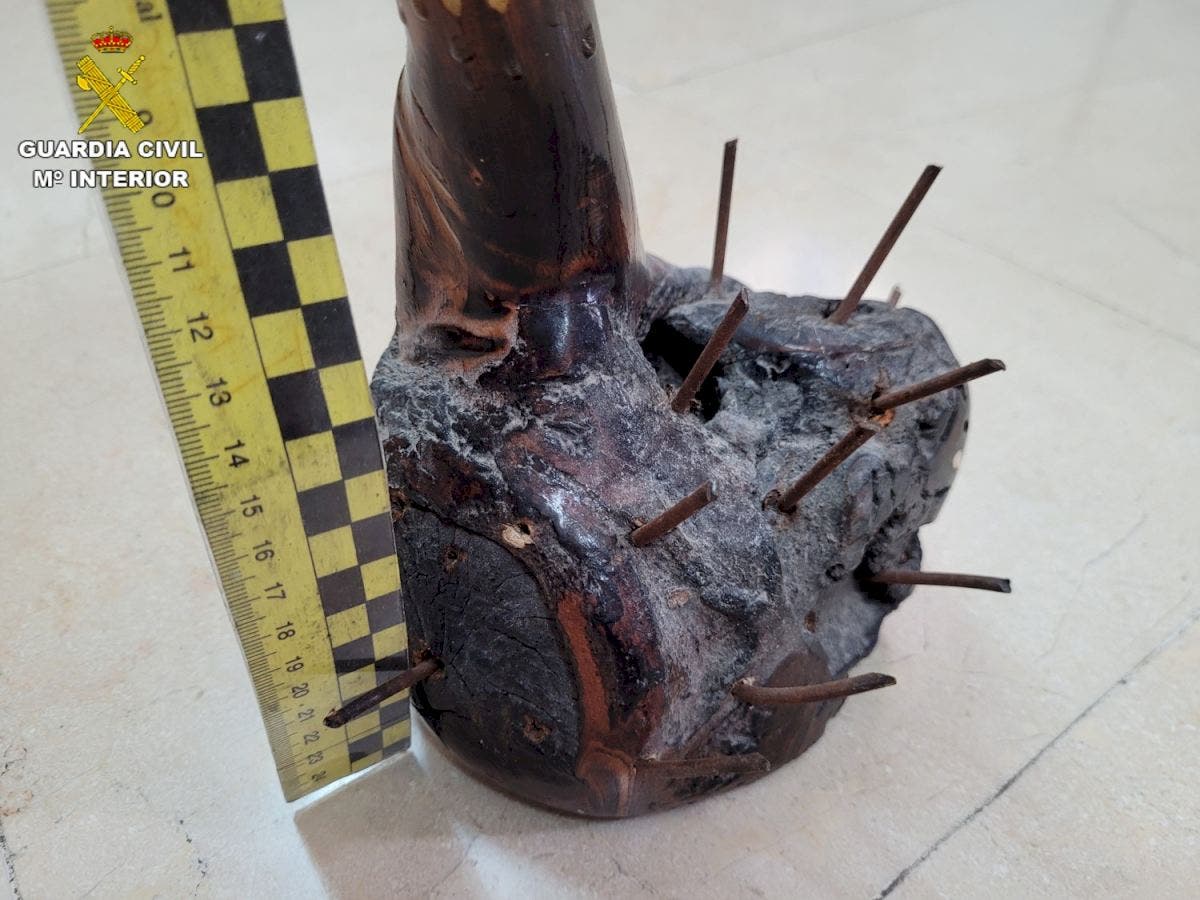 A 25-year-old man was clubbed by a ‘spiked’ cane in a motivated daytime attack in an Alicante Province town.

The victim needed emergency surgery and eyewitnesses said that there was no discussion between the two men before the attack in Monforte del Cid on October 16.

The assailant, 37, was subsequently arrested in Novelda on Thursday after a pain-staking process to identify him.

The Spaniard had an extensive criminal record and has been charged with committing serious injuries and using a blunt object.

He used a long wooden cane in the assault with a wooden sphere attached to the bottom containing thick metal nails.

The victim was clubbed numerous times until collapsing in an unconscious state.

He suffered numerous serious bruises and sustained a broken arm as he tried to protect himself against blows to the head.

Despite the injured man provided a description and a first name for his assailant, the Guardia Civil had little else to work on in trying to find the attacker.

Eyewitness testimony proved to be crucial and officers pieced together a composite identity of the suspect who they detained on Thursday.

No details of what prompted the brutal assault have been disclosed.