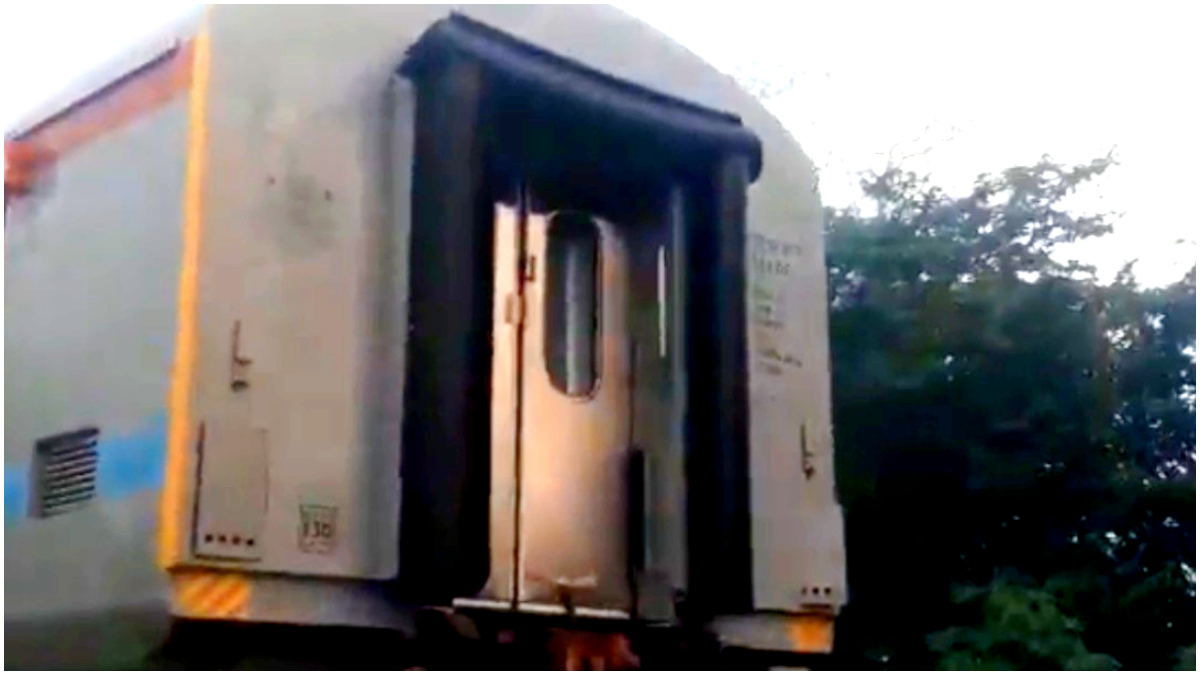 Prayagraj: A major train accident was averted on Tuesday morning in Prayagraj, Uttar Pradesh. The coaches of the Ganga Gomti Express got separated from the engine. The moving train survived the accident. As soon as the compartment separated from the engine, the lives of the passengers came to an end. This major accident was averted in Ganga Gomti Express train going from Prayagraj to Lucknow.

Please tell that the incident is of Ramchaura of Prayagraj in Uttar Pradesh. Ganga Gomti Express train going from Prayagraj to Lucknow escaped from accident. The passengers were also suddenly taken aback by the separation of the engine from the moving train. However, no one was harmed in the accident.

#prayagraj : Ganga Gomti train escaped from accident, engine separated from coach in moving train, engine left train with one coach, train going from Prayagraj to Lucknow became victim of accident, engine of moving train got separated The lives of the passengers were saved. @upgrp_hq pic.twitter.com/b6u8zmnKSV

It is a matter of pride that no coach of the train crashed in the accident, nor did any passenger get hurt. It is being told that the speed of the train was very low at the time when the incident took place. That’s why there was no loss. As soon as the information about the incident was received, many top officials of the railway department reached the spot.