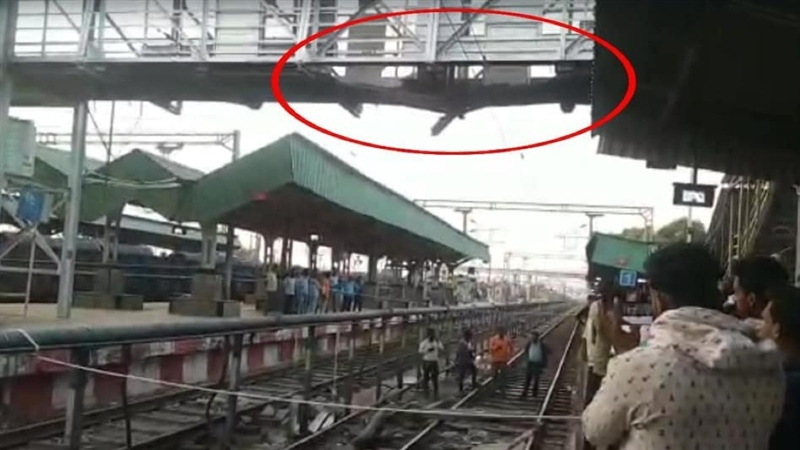 Maharashtra News: A big news has come out from Chandrapur in Maharashtra. Here a slab of a bridge fell at Balharshah railway station. Preliminary information is coming out that some railway passengers have been injured in this accident. A video of the incident has also surfaced. According to news agency NNI, a part of the pre-cast slab of the foot over bridge collapsed at Balharshah in Nagpur division at around 5.10 pm today. Four people were injured in the incident and all were sent to Civil Hospital after first aid. Fortunately, no train was passing through the railway track at the time of the incident.

How old was this foot over bridge? whether it is maintained or not. Its information has not been revealed. As soon as the information about the accident was received due to the slab falling, other railway passengers, railway employees and GRP personnel present on the spot ran for help. It is being told that about 10 passengers were injured in this accident. The injured have been admitted to the nearest hospital for treatment.

CPRO CR Shivaji Sutar said that the Railways announced an ex-gratia of Rs 1 lakh to the seriously injured and Rs 50,000 to the moderately injured. Best medical treatment is being given to the injured persons for their speedy recovery.

#WATCH , Slabs fall off of a foot over bridge at Balharshah railway junction in Maharashtra’s Chandrapur; people feared injured pic.twitter.com/5VT8ry3ybe