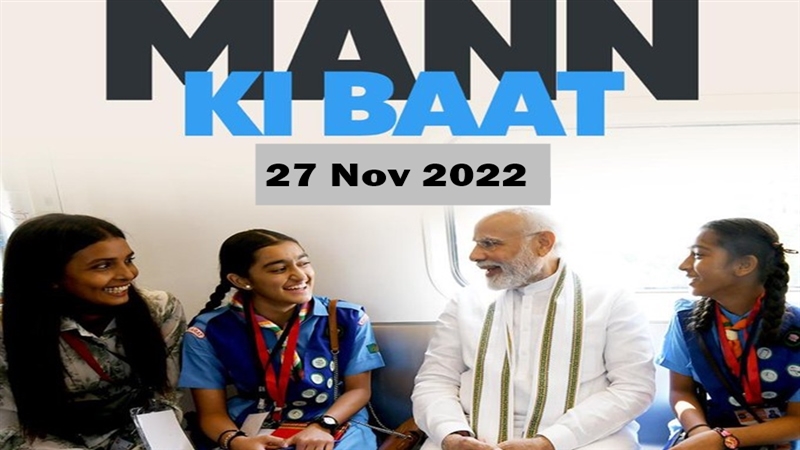 PM Modi Mann ki Baat: Prime Minister Narendra Modi will address his monthly radio program Mann Ki Baat today. This is the 95th edition of Mann Ki Baat. This program of Mann Ki Baat is happening at a time when campaigning for the assembly elections in Gujarat is at its peak. Voting is to be held in Gujarat on 1 and 5 December. The result will be declared on 8th December. It is believed that PM Modi’s message can also be on Gujarat elections.

The Mann ki Baat program is organized on the last Sunday of every month, through which the Prime Minister interacts with the nation. Its first show aired on 3 October 2014. Since then this sequence continues unabated.

The show is broadcast across the entire network of All India Radio and Doordarshan as well as on the All India Radio news website and NewsOnAir mobile app. It is also broadcast live on Ministry of Information and Broadcasting, AIR News, DD News, PMO and YouTube channels. After the Hindi telecast, All India Radio will broadcast programs in regional languages. A few days back PM Modi tweeted to invite people to share ideas and suggestions for the Mann Ki Baat programme.