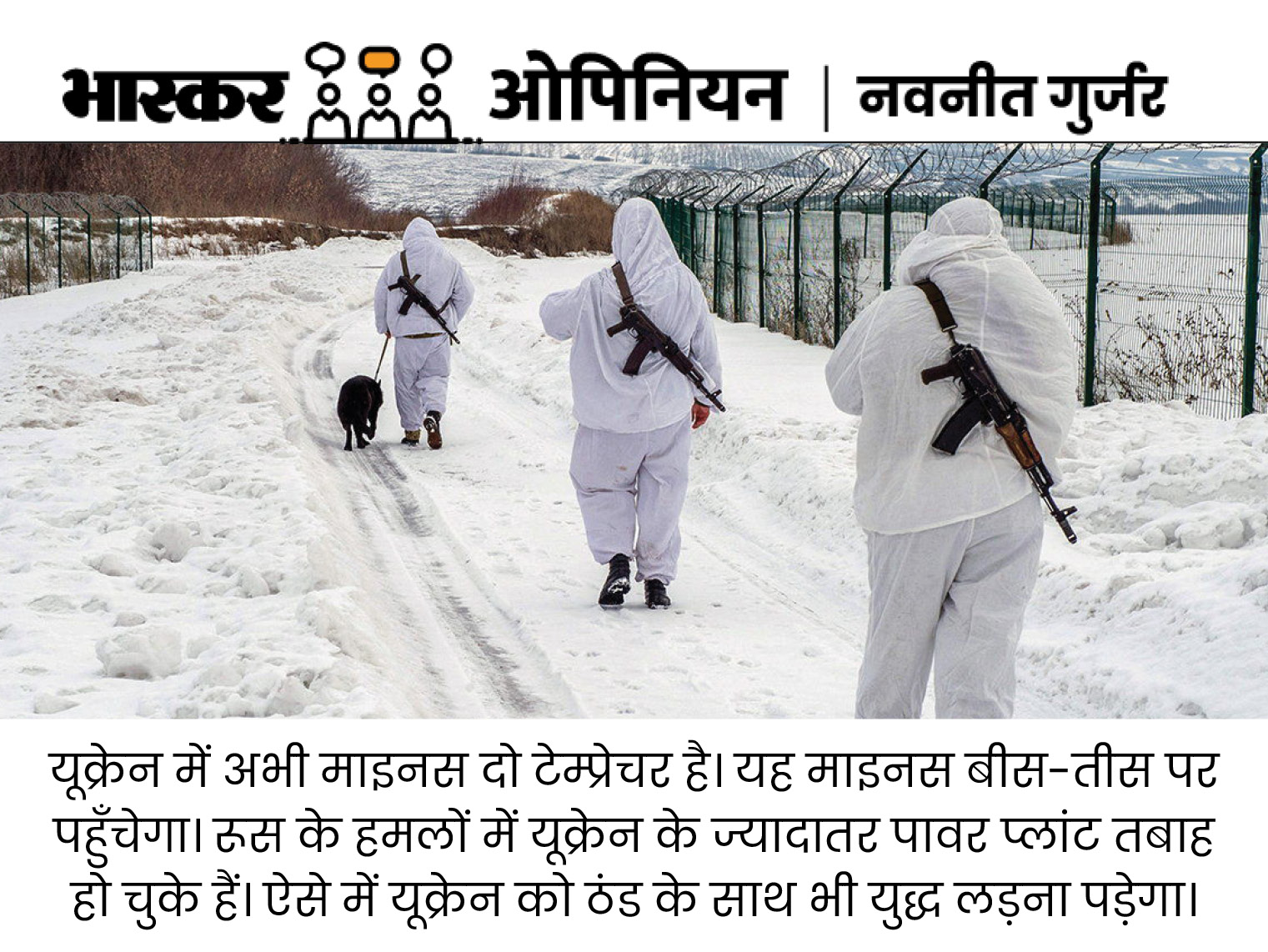 One Vladimir Putin has put the whole world in trouble. And the world… which just stands in a daze like the old League of Nations, unable to do anything but talk.

No one knows what Putin wants to achieve or what he wants to show by making such a long war or by continuing it continuously, but he himself does not even know in which sleep America is sitting as the police officer of the world.

Actually, it is cold. It’s freezing all over Ukraine, it’s snowing from the sky. Right now it is minus two temperature, but after about twenty days the mercury is about to reach minus twenty-thirty. What will happen then? Be it Russia or Ukraine, the houses here have centrally heating system because there is nothing but snow for four-six months of the year.

In the villages of Ukraine, people have stored wood to avoid the cold, but the people of the capital city of Kyiv cannot even light a bonfire, because Kyiv remains on Russia’s target day and night, and on top of that people living in apartments Because there is no fire place here at all.

Since the heating system is in the houses, thick quilts and blankets are also not kept. How to survive on thin quilts is the biggest problem, but how will Putin understand this?

Being shattered by their arrogance, they are hell-bent on poking Ukraine in spite of all the opposition from the world. The same Ukraine which was once a part of their own Soviet Union… and the people there also belong to their own fraternity, community or clan.

To what extent arrogance can take a ruler to tyranny, our generation has seen all this in the form of Putin. Saddam Hussein was also a tyrant, but not to this extent. Putin has created trouble not only for Ukraine, but for the whole world.

In such a situation, all the countries of the world are cursing Putin through speeches on forums, but are not able to do anything. Simply because no one knows when a madcap ruler like Putin will press the nuclear button.