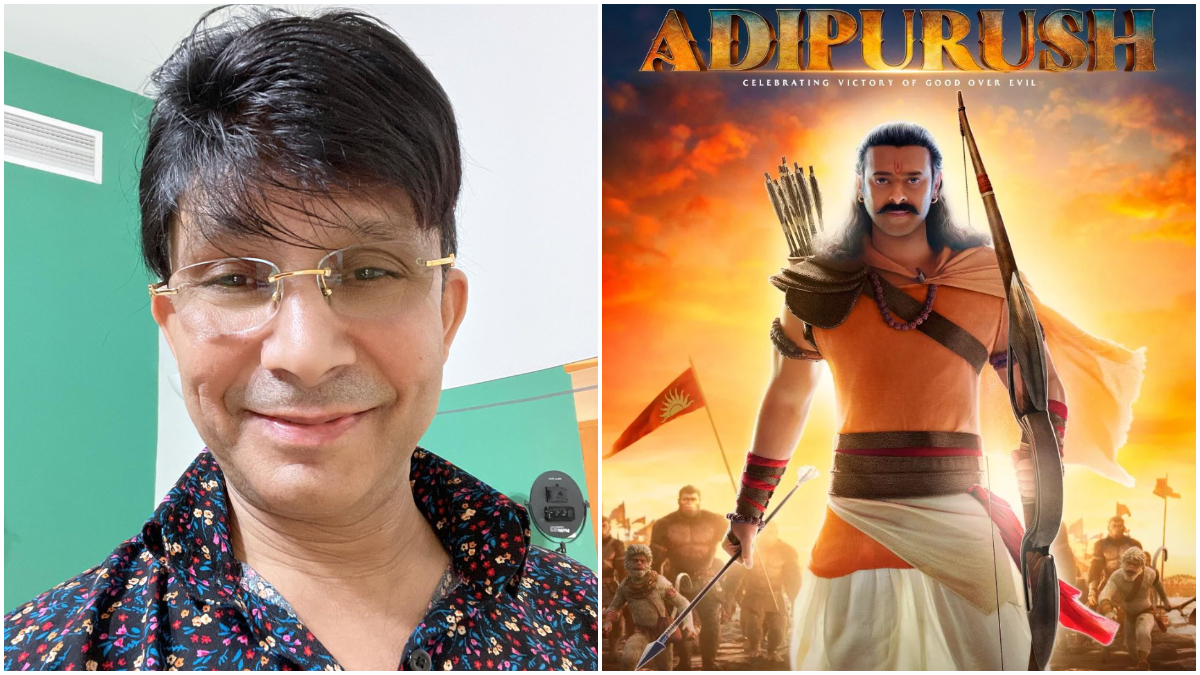 Mumbai : Film Critic and actor KRK aka Kamal R Khan remains in headlines for his controversial statements and negative reviews of Bollywood films. He often targets one or the other celebs. Be it Bollywood filmmaker or director or stars. KRK does not leave a single chance to corner him. KRK has now targeted film director Om Raut.

Through his tweet, he has made a shocking disclosure about Om Raut’s much-awaited film ‘Adipurush’. After the release of the teaser of the film, a lot of controversy has arisen regarding this film. At the same time, KRK has now revealed the new release date of Prabhas and Kriti Sanon’s starrer film ‘Adipurush’ while taunting. KRK tweeted and wrote, ‘Breaking:- The film ‘Adipurush’ has been postponed to release in January 2024! That means the producers will have to pay interest for more than 12 months on Rs 600 crore.

Let us tell you that this is not the first time that KRK is taking a dig at the film ‘Adipurush’, but even before this, KRK has targeted the film ‘Adipurush’. He had earlier tweeted about this film, ‘The teaser of the film ‘Adipurush’ is proof that it is a big mistake of producer Bhushan Kumar. Who has spent Rs 450 crore on the film. Ramayana cannot be explained in just 3 hours. While every detail has already been shown in the serial Ramayana!

Please tell that KRK’s latest tweet is about the postponement of the release date of the film. This tweet of his is not going to be liked by the makers at all. The film ‘Adipurush’ will be released in theaters on 16 June 2023.