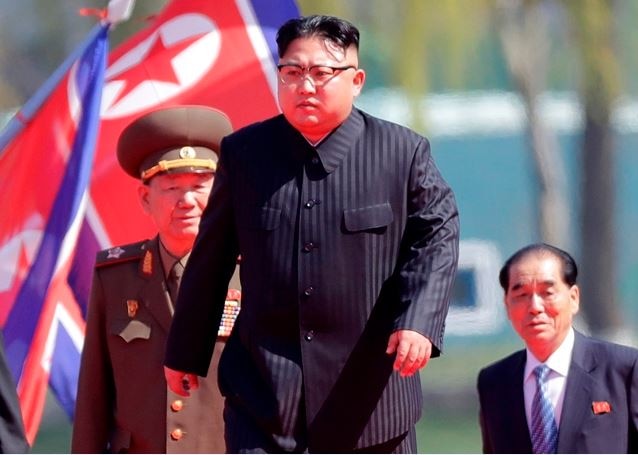 Kim Jong Un Nuclear Force: North Korea can do its 7th nuclear test anytime in the coming days. This time the ‘dictator’ of North Korea, Kim Jong Un himself has indicated this. Kim has openly stated his priority to acquire the world’s most powerful nuclear power. According to Reuters, Kim Jong Un has said that the ultimate goal of his country is to acquire the world’s most powerful nuclear power. He has also promoted the army officers who launched the biggest ballistic missile in recent times.

Kim Jong Un made the announcement after inspecting the test of the country’s new Hwasong-17 intercontinental ballistic missile (ICBM) and pledging to counter US nuclear threats with nuclear weapons on Friday. According to state media, Kim has said that the creation of the nuclear force is to firmly protect the dignity and sovereignty of the state and the people.

Dictator Kim Jong Un further explained his policy, saying, “His ultimate goal is to obtain the authority of the world’s most powerful strategic power, absolute force unprecedented in the century.” He called the Hwasong-17 “the strongest strategic weapon in the world” and said it demonstrated North Korea’s resolve and ability to build the world’s strongest military. Kim also said that North Korean scientists “have made an amazing leap forward in the development of technology to attach nuclear warheads to ballistic missiles.”

‘Ready to respond with nuclear weapons’

Significantly, last month, North Korean leader Kim Jong Un had said that he is ready to respond to America with nuclear weapons. During that time he personally oversaw Pyongyang’s latest launch of an intercontinental ballistic missile. Kim had also expressed displeasure over the war exercises of America and South Korea. Kim said the invasion was a war drill and that Pyongyang “will respond with nuclear weapons”.

Amidst all this, the G-7 countries have also raised their voice against North Korea. G-7 countries condemned North Korea’s ‘reckless’ launch of another intercontinental ballistic missile last week. Also called on the UN Security Council to take ‘significant’ action to stop the test. Foreign ministers from the Group of Seven countries said North Korea is “destabilizing the region despite the international community’s calls for peace and stability” by repeatedly firing missiles.

According to media reports, so far this month, North Korea has fired 30 short, medium and long-range missiles. North Korea has launched more missiles in 2022 than in any previous year. As far as nuclear tests are concerned, North Korea tested six nuclear bombs between 2006 and 2017 and vowed never to stop its nuclear program. At the same time, Kim Jong is preparing for the 7th nuclear test.