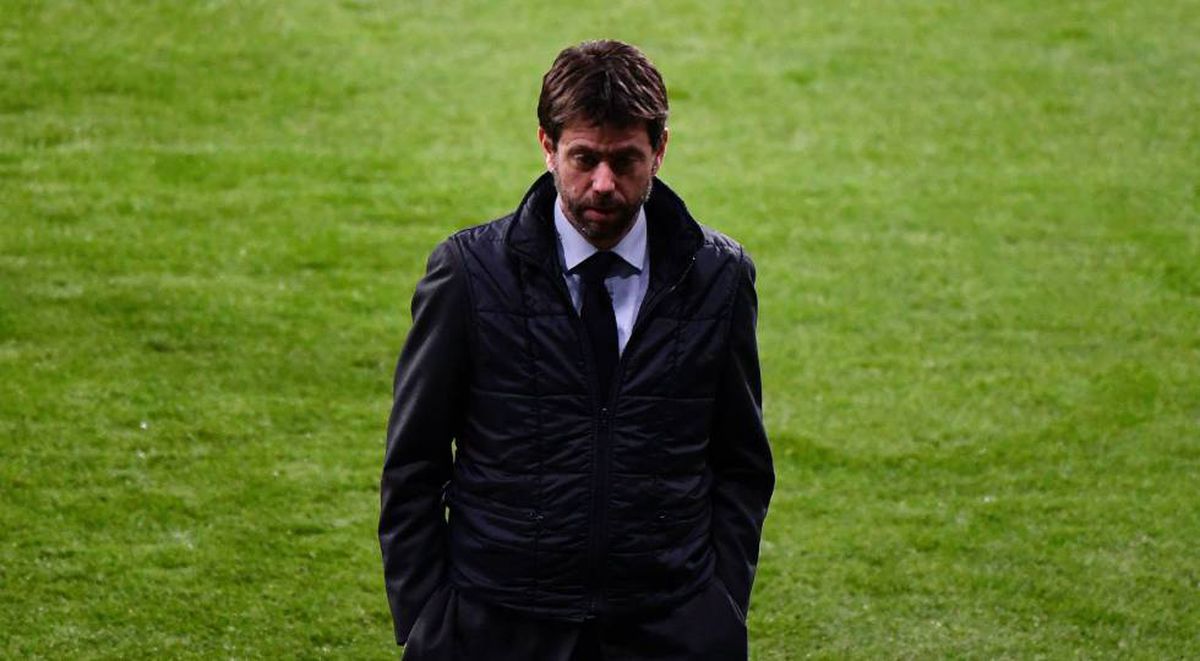 Juventus Turin experienced one of its most eventful nights on Monday, although for reasons unrelated to the field of play and strictly sporting. The block dimension of the entire management leadership, including president Andrea Agnelli, vice president Pavel Nedved and CEO Maurizio Arrivabene, has unleashed an unprecedented earthquake with unforeseeable consequences at the club.

The team’s senior officials agreed, by surprise, to leave at an extraordinary meeting held late on Monday afternoon, as the Turin club acknowledged in a note, surrounded by recent investigations into the falsification of Juventus accounts. . “Given the importance of pending legal and technical-accounting issues, the members of the board of directors considered it fair, to respect the interests of the entity, to recommend that Juventus establish a new board to deal with these issues. All members of the board of directors have declared that they are resigning from their position,” the statement read.

Two dubious economic maneuvers of the Vecchia Signora They have ended up in the crosshairs of Turin prosecutors who have been tracking the club’s accounts for more than a year, as part of the Prisma operation. In addition, the body that supervises companies listed on the Italian stock market, Consob, is also auditing the accounts of the Turin club to clarify the methods with which it has been managed in recent years.

The first maneuver that triggered the alarms of the inspectors, who began the investigation in May of last year, was the alleged inflation in about forty operations of the market prices of their players to get more benefit in their subsequent sale. In November 2021, the Finance Guard made the first registration at the clubhouse. In the first list of suspects were the president Andrea Agnelli, the deputy Pavel Nedved, the head of the finance area Stefano Cerrato and three former executives who worked at Juventus at the time of the alleged events: Fabio Paratici, Marco Re and Stefano Bertola.

The second operation is part of a separate piece of the main investigation, although it is also framed within the accusation of false accounting, and is related to the financial year of 2020, when due to the socioeconomic situation generated by the covid-19 pandemic the Turin club agreed to defer payments to certain players who were not included in the fiscal year of that year. Among other things, the prosecution maintains that in the 2019-20 season, the players, according to the club, waived a single monthly payment and not four, as reported by the entity, while the other three payments would have been deferred to next year.

In the spring, between March and April, several players and some agents paraded through the prosecutor’s office to clarify the suspended salaries. Paulo Dybala, Federico Bernardeschi, Alex Sandro and, finally, the former captain of the team, Giorgio Chiellini and Leonardo Bonucci, as well as Aaron Ramsey’s accountant, a manager from Alessandro’s agency, were seen going to the prosecutors’ offices. Lucci and Veronique Rabiot, Adrien Rabiot’s mother and agent.

At the end of October, the Turin prosecutor’s office notified the members of the Juventus Board of Directors and the company managers with strategic responsibilities that the investigation had concluded, with 16 suspects, which the magistrates must decide whether to send to trial. Prosecutors requested house arrest as a precautionary measure for Andrea Agnelli, but the judges rejected the request. The alleged crimes that the prosecution is considering are: false corporate communications, false communications aimed at the market, obstruction of public supervisory authorities, market manipulation and issuance of invoices for non-existent operations. Juventus has always defended the legality of all its movements.

It is probable that the prosecutor’s office will request in the coming months that a legal process be opened against the investigated managers, who have decided to resign now so that the company can face the investigations from a better position. Also as a consequence of some disagreements and strategic differences that have arisen within the board of directors itself, which, according to local media, is committed to different lines of defense. On the one hand, one party defended continuing as before, alleging that all the club’s operations are framed within the law. While the other fraction of the leaders proposed to reset everything and recruit technical figures to face the defense. Andrea Agnelli seems to have opted for this second option and in a farewell letter addressed to the club he points to a lack of agreement of ideas in the board of directors. “We are facing a delicate moment and the compactness has been broken. It is better to leave it all together and give a new lineup the opportunity to turn this game around ”, the businessman wrote.

Andrea Agnelli took office as president of Juventus in May 2010 and with his arrival inaugurated a revolution in the club and a decade of important successes in the sporting field. He has led the bianconeros to conquer nine scudettos -consecutive Serie A titles-, a club record, and two Champions League finals. In 2015 they fell against Barcelona and in 2017 their executioner was Real Madrid. In 2020, with the announcement of the Super League, they were the only club that stood by Real Madrid and Barcelona in their battle against UEFA.

The position of general director will be held by Maurizio Scanavino, who is also the current director of the Gedi publishing group, owned by the Agnelli family, which publishes, among other media, the daily La Repubblica. According to the newspaper, he will combine both charges. The Agnelli family has proposed accountant Gianluca Ferrero as the new president of Juventus. Juventus is 63.8% controlled by Exor, the investment company of the Agnelli-Elkann family. Of the rest of the minority shares, 11.9% is in the hands of the British investment fund Lindsell Train and 24.3% is placed on the Italian stock market.

Fans are worried about the possible sporting consequences for the team, currently in third place in the Serie A standings. Everything will depend on how the matter unfolds in court in the coming months. But the Code of Sports Justice contemplates for management and economic infractions sanctions that range from a penalty with a few points in the classification table to exclusion from the championship or relegation to a lower category, going through descent to the last place in the list.