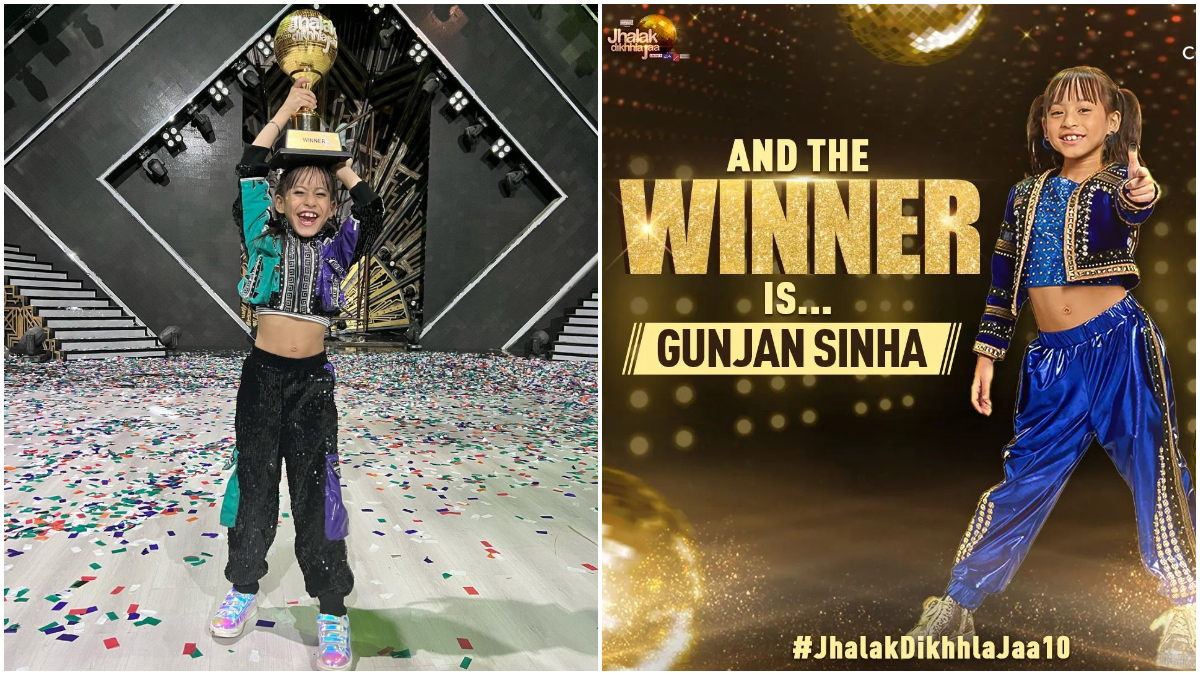 Mumbai : The grand finale of the popular dance reality show ‘Jhalak Dikhhla Jaa 10’ has happened. All eyes were fixed on the winner of the show as to who would take home the gleaming trophy of the show. At the same time, the show has got its winner of this season. The winners of this show are just 8 years old Gunjan Sinha and 12 years old Tejas Verma. Who has won the trophy of this show.

Gunjan Sinha has made this season her name by winning the trophy. At the same time, the judges of the show Madhuri Dixit, Karan Johar and Nora Fatehi have handed over the prize money of Rs 20 lakh to the winner along with the gleaming trophy. Gunjan Sinha has hoisted the flag of victory while giving a tough fight to Rubina Dilaik. Please inform that the winner of the show, Gunjan Sinha is a resident of Guwahati. He is very happy with his victory. His choreographers are Tejas Verma and Sagar Bora.

Gunjan Sinha said during the conversation that she is very happy with this victory. She did not know that she would be the winner of the show as she thought that she would come second, but when her name was announced, she jumped with joy. He further told that he likes the films of Madhuri Dixit, the judge of the show. Not only this, he also expressed his desire to share the stage with Madhuri Dixit and Salman Khan in future. Taking the prize money she won, she said that she would give it to her parents as she is still very young. On the other hand, Tejas Verma is also very happy with his victory.